Regulators hate Facebook's proposed "Libra” currency. They may kill it. But they can't kill Bitcoin so easily. 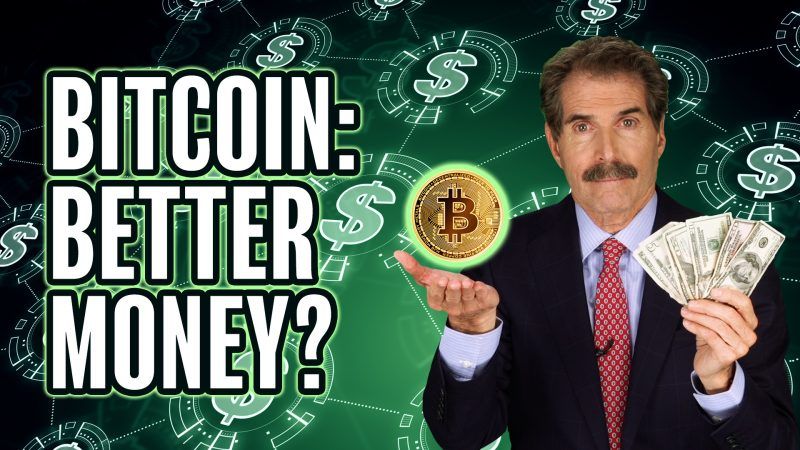 The Libra might be better than the dollar, tech reporter Naomi Brockwell and investor Peter Schiff tell John Stossel. It's easy to send online. If a government currency has a lot of inflation, Libra holders will be largely protected from that.

But politicians oppose Libra. "Why, with all of your problems, should we trust you?" one congressman asked Mark Zuckerberg in a hearing.

"They're threatened by it," Brockwell tells Stossel.

Politicians may succeed in killing Libra. Paypal, Mastercard, and other companies were going to work with Facebook on the project, but they've bailed because they're scared of regulation.

That's why it's good that Bitcoin exists, says Brockwell. Bitcoin, unlike Libra, can't be stopped so easily.

"It is the first currency we've ever seen that is decentralized," Brockwell tells Stossel.

"They can't shut it down," Stossel responds.

Bitcoin is mostly safe from government because it "lives" on thousands of individuals' computers, so no government can stop it by pressuring any one company.

But investor Peter Schiff says Bitcoin is a "bubble." He recommends investing in gold.

"Gold has worked for thousands of years. Bitcoin's only been around for ten," Schiff argues. "Gold has actual value. There's a huge industry that needs gold. Jewelry…you have it in consumer electronics and aerospace and medicine."

Stossel says: "I don't presume to know which way prices will move. But I do know that it's good to have alternatives to dollars."