The Kentucky congressman tells John Stossel why we should withdraw immediately from this "graveyard of empires." 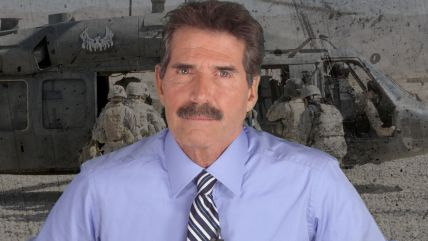 Donald Trump's "idiotic plan" to double down on the war in Afghanistan delighted establishment journalists.

Congressman Thomas Massie (R-Ky.) reacted to the news with a two-day tweet storm explaining why the 16-year war has been a colossal failure.

John Stossel sat down with Rep. Massie in July at Freedom Fest in Las Vegas to discuss why the U.S. should immediately withdraw from this "graveyard of empires." Meanwhile, the war on drugs in Afghanistan has resulted in a doubling of opium production.