Which economic system is most effective at bringing freedom to the masses? 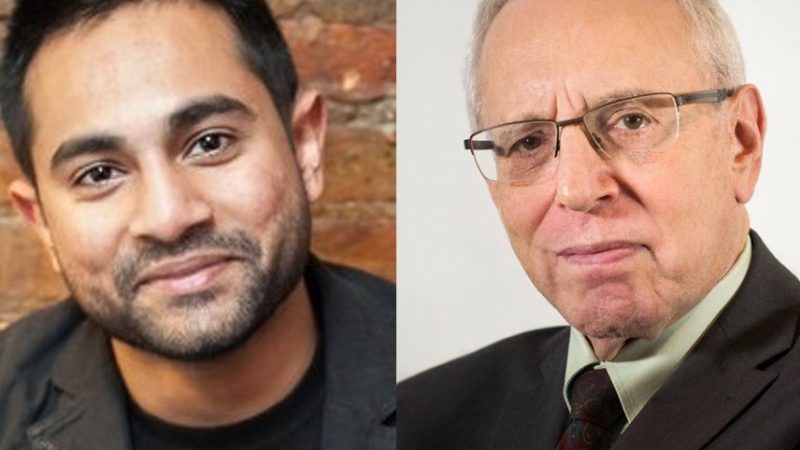 Is socialism more effective than capitalism in bringing freedom to the masses?

That was the resolution at a recent public debated hosted by the Soho Forum on October 15, 2018. It featured Bhaskar Sunkara, the founding editor and publisher of Jacobin magazine, and Gene Epstein, the Soho Forum's director and former economics and books editor of Barron's. Naomi Brockwell moderated.

It was an Oxford-style debate in which the audience votes on the resolution at the beginning and end of the event, and the side that gains the most ground is victorious. Epstein, arguing the negative, prevailed by convincing about 11 percent of audience members to change their minds.

Sunkara is also the author of the forthcoming The Socialist Manifesto: The Case for Radical Politics in an Era of Extreme Inequality, which will be published by Basic Books in 2019.

Comedian Dave Smith, host of the podcast Part of the Problem, opened the program.

The Soho Forum, which is partnered with the Reason Foundation, is a monthly debate series at the SubCulture Theater in Manhattan's East Village. At the next debate, which will be held on November 14, 2018, Columbia professor John McWhorter will debate NYU's Nikhil Pal Singh on whether "the message of anti-racism has become as harmful a force in American life as racism itself." Buy tickets here.

Music: "January" by Kai Engle is licensed under a CC-BY creative commons license.

All Soho Forums are turned into Reason videos and podcasts. Go here for a full archive.