Representatives of the oldest profession were on Capitol Hill fighting FOSTA and SESTA, with our online freedoms hanging in the balance. 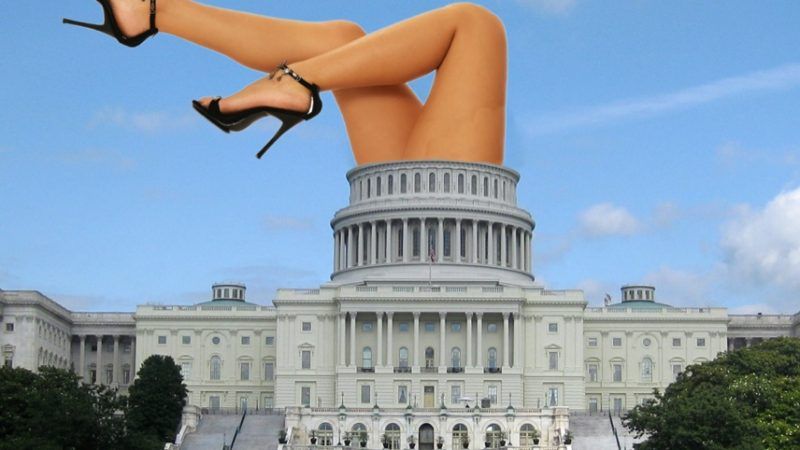 The corridors of power opened to the world's oldest profession last month. About forty sex workers came to Washington to meet with thirty members of Congress to push back against the Fight Online Sex Traffickers Act (FOSTA) and the Stop Enabling Sex Traffickers Act (SESTA). Organized by Survivors Against SESTA, the event sought to open up lines of communication with elected representatives and allow sex workers to voice their opposition to the law.

"We have a motto in sex work activism: 'Nothing about us without us,'" says sex worker Jinx Lierre, a self-described anarchist. "And this definitely happened without us. So we are here to explain to folks what ended up happening as a result of this anti-trafficking legislation."

Passed in April, FOSTA-SESTA aims to hold websites liable for facilitating sex trafficking. It amends the "safe harbors" provisions of the Communications Decency Act, which shields online services from liability for the actions of their users, to exclude sex trafficking laws from immunity.

The question is whether"'sex trafficking" can be targeted without ensnaring a host of other popular online activities. While the bill restricts liability to online platforms that are "knowingly facilitating sex trafficking," critics contend that the vague language of the law's text pressures websites to play it safe by aggressively censoring their own content."

For sex workers, the immediate concern is the threat that FOSTA-SESTA poses to their physical safety. "If you don't have the ability to check on someone's criminal record before you meet up with them," sex worker Liara Roux told Reason, "you don't know if they could be violent or not."

The Cato Institute's John Samples, who specializes in the First Amendment, warns that FOSTA-SESTA threatens the legal foundation of free expression on the internet. He also worries that the law will cartelize web companies, creating an industry in which "internet giants are locked in because they're the ones that can afford to carry out these public enforcement roles. We could see these laws tending to create a kind of regulated monopoly."

FOSTA-SESTA has divided Silicon Valley. Facebook and Oracle have publicly endorsed the law, while the Wikimedia Foundation and Engine, a trade group representing startups, spoke out against it.

Despite these concerns, FOSTA-SESTA became law in April with overwhelming congressional support. Only Sen. Ron Wyden (D-Ore.) and Sen. Rand Paul (R-Ky.) voted against it in the senate.

"Signing the bill was very much in character for president Trump," says Samples. "It's a bill in which it appeals to people's gut instincts about things."

In June, the Electronic Frontier Foundation (EFF), along with Human Rights Watch and the Woodhull Freedom Foundation, filled a lawsuit challenging the constitutionality of the FOSTA-SESTA. EFF called its passage "a dark day for the Internet."

"You can't bring down the whole system overnight," said Lierre, who was clearly satisfied with the reception she received from congress. "We can't decriminalize sex work overnight, either. But as we continue to have dialogue with our representatives, perhaps we can shift it a little bit closer to the kind of government that we say we have."