The Seattle government passes a job-killing tax to fix the housing shortage it helped cause. 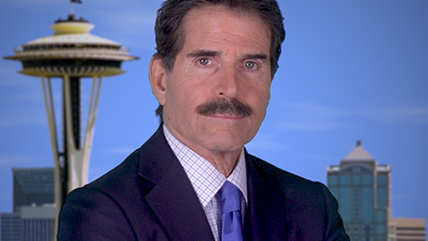 Seattle's City Council passed a new tax Monday. It will charge big companies $275 for every employee.

The "head" tax is supposed to fund housing for the homeless. Supporters of the tax chanted "Housing is a human right!" at a protest lead by Councilwoman Ksharma Sawant, a member of the Socialist Alternative party.

Seattle homelessness has doubled in the last 8 years. Politicians blame a shortage of "affordable" housing, but John Stossel says that the politicians' own bad policies helped create that shortage.

Developers can't build big apartment buildings because in most of Seattle's residential land area, high-rises are illegal; zoning rules say only single-family houses may be built.

If Seattle just repealed many of those regulations, affordable housing would grow, Stossel says.

Instead, Seattle's politicians will tax big companies and use the money to buy housing for homeless people.

That upset Amazon, Seattle's largest employer. It paused construction of a new office building in Seattle. Construction workers went into the streets to back Amazon and to counterprotest the socialist councilwoman's pro-tax rally.

Supporters of big government aren't used to protesters drowning them out. Sawant accused Amazon of "extortion" and slammed Amazon owner Jeff Bezos on TV: "He said he has so much money that he doesn't know what to do with it….I want your viewers to understand who's the enemy here."

The "enemy"? Stossel says: Give me a break! Bezos created the jobs that she now wants to tax.

This week, Amazon partly won its fight. Seattle's city council approved a $275 per employee tax instead of the $540 that Sawant and the other leftists proposed.

Corporate politicians? The $275 tax will hurt job creation too. No wonder Amazon is looking to build its next headquarters outside of Seattle.