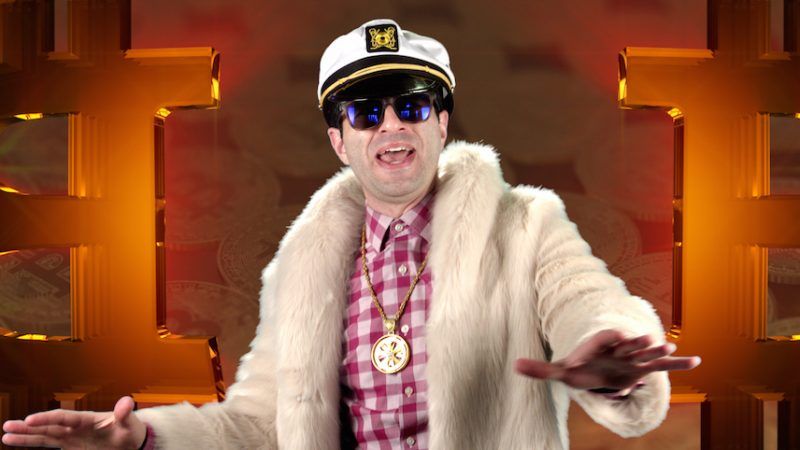 Remy rides crypto to the moon.

I was broke, unemployed, I was starting to slouch
I was sleeping in the basement on my momma's new couch
That's when I heard it all, a chance to skirt it all
a money like my last girl
Completely virtual…

Got the top graphics cards, got a power supply
a microprocesser, a motherboard, a towering drive
I put the RAM in the RAM slot, drive in the larger bay
topped it off, two fans
Like a Chargers game!

Price spike to $30!? I missed out, I fear
crudely assemble a rig like a BP engineer
My friends and family smile and smirk and all make fun of me
But I'm-a make them eat their words because I'm gonna be a

I feel like Tom Brady, I got a fear of inflation
But this is crypto, baby–central bank decentralization
The script I flipped it, laptop encrypted
My life was rotten now all my cotton's Egypt-ed

Now even on my vacation I'm crypto-supplying
They call me gentrification the way I'm block-modifying
Friends asking "what's the best part of your newfound treasury?"
I say "reminding you how you told me I'd never be a…

The cash was never-ending, yo
upscale and fun and rowdy
I was spending like a 7 on a
scale from 1 to Saudi

Call it mad bankin', all night and all weekend
My rig is Al Franken:
(grabs what it can while you sleepin')

Just try outspending me and you'll see I'm on a mission
I drop more Satoshis than a clumsy Japanese obstetrician
But I ain't open to splits, don't care if it's best or not
Opposing forks like a Chinese restaurant

I went from geek to chic, from basic to ASIC
I went from basement-squatting to yachting from basin to basin
Went from no friends and depression to peer-to-peer legend