Rapper Drakeo the Ruler Was Accused of Murder. Prosecutors Used His Music as Proof of His Guilt.

Prof. Erik Nielson says in Rap on Trial: Race, Lyrics, and Guilt in America rappers everywhere are not getting a fair shake in the courtroom. 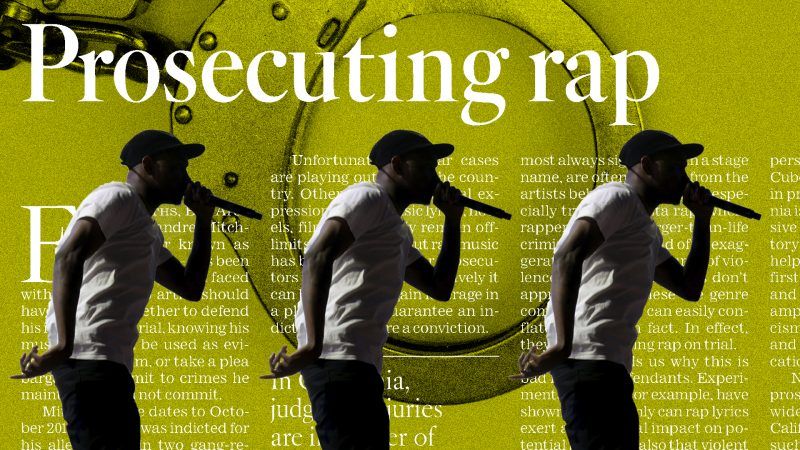 Los Angeles rapper Drakeo the Ruler's violent but clever lyrics about life in South Los Angeles have captured the attention of millions on Soundcloud, YouTube, and Spotify. The Washington Post called his 2017 album "Cold Devil" among "the most mesmerizing and intimate rap albums to ever float out of L.A," and the Los Angeles Times said Drakeo the Ruler was on his way to joining the city's rap elite, along with Snoop Dogg, N.W.A., and Dr. Dre.

Then Drakeo the Ruler, whose real name is Darrell Caldwell, was arrested for the murder of 24-year-old Davion Gregory in 2018. At his July 2019 trial, prosecutors used his lyrics and music videos as evidence of his guilt.

Prosecutors alleged Caldwell was a part of a botched gang plot to kill a rap rival at a party he attended in December 2016. They accused him of then boasting of his crimes in his lyrics and videos. Caldwell pleaded not guilty, maintaining that the group prosecutors alleged was a "gang" was actually his rap crew, Stinc Team.

The jury in Caldwell's trial rejected the prosecution's theory, convicting him on one count of illegal gun possession. But the jury couldn't come to a decision on the charges of criminal gang conspiracy and shooting from a vehicle, so prosecutors opted to retry Caldwell. If convicted, he could face 25 years to life.

Erik Nielson, a professor at the University of Richmond, suspects that Caldwell's lyrics and music videos will be used again in court. Nielson is the co-author, along with law professor Andrea Dennis, of Rap on Trial: Race, Lyrics, and Guilt in America, which chronicles the growing use of rap lyrics and videos by prosecutors in criminal proceedings.

"I think many people find it difficult to imagine that these young men are doing something complex, sophisticated that could be considered literary, artistic," Nielson told Reason. "It's much easier to say, 'Oh, they're just rapping about their lives.'"

Nielson says that when their music is used against them, rappers aren't getting a fair shake. Juries generally don't possess a deep understanding of rap's history, use of figurative language, hyperbole, and wordplay. Since the 1990s, however, prosecutors have found that using rap lyrics as evidence can be an effective way of securing convictions. The strategy caught on with the rise of social media, as more amateur rappers shared their work online.

Nielson's legal testimony and writings about the misuse of rap in criminal proceedings have brought more attention to the issue. In March 2019, he partnered with Grammy Award-winning rapper Killer Mike in filing an amicus brief with the U.S. Supreme Court in defense of a Pittsburgh rapper named Jamal Knox, who was sent to prison for making terroristic threats to police officers in a song. The case would have answered the question of whether Knox's lyrics constituted a true threat, or a threat that falls outside of First Amendment protection. The high court declined to hear the case and Knox, having served his time, still has a terroristic threat conviction on his record.

Caldwell's trial is expected to begin in March. He's tweeting from jail under the handle @IamMRMOSELY.