Judge Napolitano: Enough Evidence 'To Justify About Three or Four Articles of Impeachment'

“The evidence of his impeachable behavior at this point, in my view, is overwhelming," says the Fox News analyst. 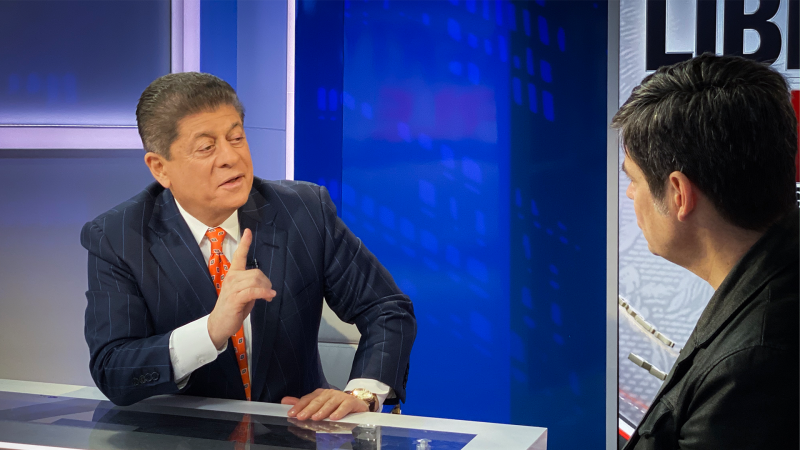 "The Democrats on the House Intelligence Committee have unearthed enough evidence, in my opinion, to justify about three or four articles of impeachment against the president," Fox News analyst Andrew Napolitano tells Reason in a wide-ranging interview.

The allegations are not "enough to convict [the president] of bribery" in a court of law, Napolitano says, "but it's enough to allege it for the purpose of impeachment" since impeachment is "not legal [but] political." The former New Jersey Superior Court judge adds that while he thinks impeachment is "absolutely constitutional," it is also "probably morally unjust." Besides bribery, he lays out four more likely articles that he thinks House Democrats will bring against Trump.

"The second charge will be high crimes and misdemeanors, election law violation," says Napolitano. "The third crime will be obstruction of justice. The fourth will be interference with a witness and the fifth may be lying under oath."

"The evidence of his impeachable behavior at this point, in my view, is overwhelming," he adds.

In two decades at the nation's largest cable network, Napolitano has provided an unapologetically libertarian critique of state power regardless of the party holding control in the nation's capital. In the past several months, he has emerged as one of Trump's harshest critics, claiming back in May that the Mueller Report demonstrated that the president had clearly obstructed justice.

Though he thinks the recent House hearings provide grounds for impeachment, the judge finds it unlikely that the Republican-controlled Senate will vote to remove the president—and that the bigger problem is the way federal government continues to arrogate power to itself.

Napolitano argues that the federal government stays in power by "bribing" states and individuals with giveaways. The result, he says, is unsustainable debt that will ultimately undermine the economy and with it, social order. "The decline of certain types of cultural gatekeepers that said no [to] certain lifestyles obviously is liberating," notes Napolitano. "But the same technology which lets me put the works of Thomas Aquinas in my pocket also lets the government follow me wherever I go and record whatever conversation I have with Gillespie or whoever I'm talking to, the Constitution be damned."

'Comatose' by Kai Engel is licensed under CC BY 4.0