A look at the bitcoin-powered network facilitating peer-to-peer exchange. 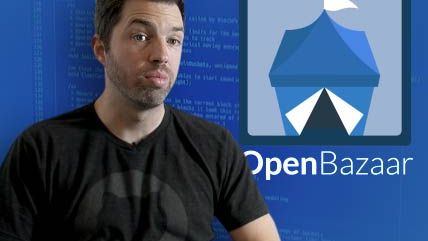 The mission of OpenBazaar is to give everyone in the world "the ability to directly engage in trade with anyone in the world for free," says Brian Hoffman, the project's 33-year-old project leader.

A peer-to-peer network for selling goods online, OpenBazaar runs on open source software that users download and install on their computers, which is similar to a BitTorrent client. The client connects them to the OpenBazaar network, where they can trade with other users. It's like eBay without eBay. All items are paid for using bitcoin.

"OpenBazaar doesn't have a central point of failure," explains OB-1 co-founder Sam Patterson. "Everyone using it is a node in a completely distributed network. If you take one user off the network, it has no impact on any of the other users."

Since OpenBazaar has no intermediaries and no built in mechanisms for stopping a transaction from taking place, critics say it could become an ideal marketplace for stolen goods and illegal drugs—sort of a decentralized version of Silk Road. Hoffman isn't concerned. "If we work hard to allow users to self-police, to do things legally, properly, easily, cheaply," he says, "they will rush in and overwhelm whatever could possibly come in from the dark side of the internet."