"I Don't Think We've Had Any [Constitutional] Crises in My Lifetime": Judge Douglas H. Ginsburg

The legendary jurist and champion of "originalism" who withdrew his name from Supreme Court consideration weighs in on Donald Trump's impeachment, Brett Kavanaugh, Neil Gorsuch, and his upcoming PBS series on the Constitution. 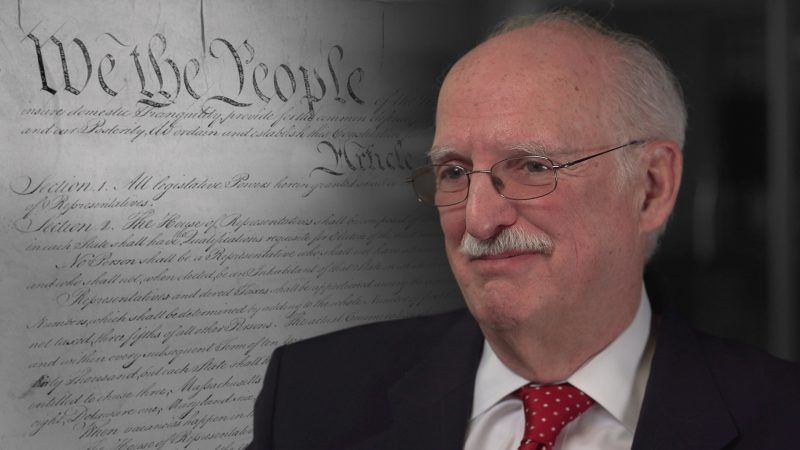 Supreme Court nominee Robert Bork's 1987 confirmation hearings "changed everything, maybe forever," according to lawyer and Supreme Court blogger Tom Goldstein, because they "legitimized [the] scorched-earth ideological wars" that have since become the norm.

After the Senate rejected Bork, President Reagan turned to a 41-year-old judge named Douglas H. Ginsburg, a recent appointee to United States Court of Appeals for the District of Columbia Circuit. Ginsburg, unlike Bork, didn't have a long judicial record for the Senate to pick over.

It wasn't to be. After admitting that he'd smoked pot once in the 1960s and "on a few occasions in the '70s," Ginsburg withdrew his name from consideration. Justice Anthony Kennedy ended up filling the vacancy.

Over the next three decades, Judge Ginsburg built a reputation as one of the most influential and principled champions of "originalism," a legal theory that emphasizes close adherence to the text of the law and the explicit intentions of the legislators at the time laws are passed. Now a senior judge on the DC appellate court and a professor at George Mason University's law school, Ginsburg stars in the forthcoming PBS series A More or Less Perfect Union, his "personal exploration" of the history and future of the Constitution in American life.

Nick Gillespie sat down with Ginsburg to discuss his new show and its companion book, Voices of Our Republic; why the impeachment proceedings against President Donald Trump are in no way a "constitutional crisis"; his opinions of Neil Gorsuch and Brett Kavanaugh; whether it's possible to rein in the administrative state; and why he has never regretted pulling his name from Supreme Court consideration 32 years ago.