How 2020 Demolished the Case for Gun Control

For those who have been advising Americans for years that we should lay down our own weapons and trust armed government employees, this year has been a massive reality check. 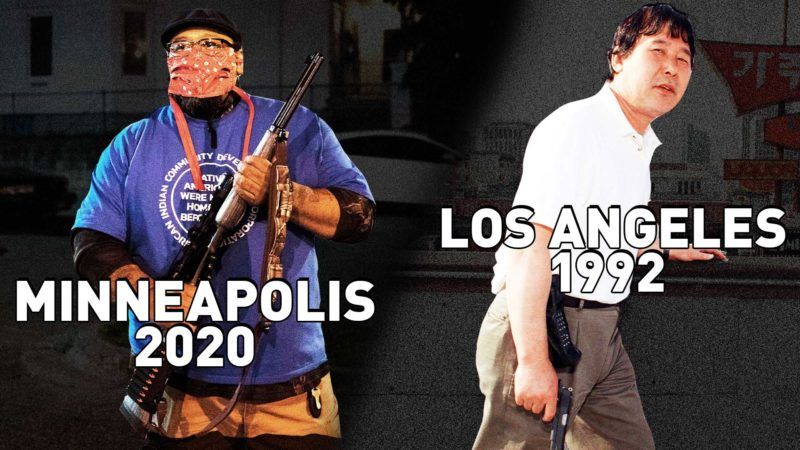 "It's the job of law enforcement to have guns and to decide when to shoot. You just do not want the average citizen carrying a gun in a crowded place."

Former New York City Mayor Michael Bloomberg made that comment in December, after an armed citizen may have averted a mass shooting by killing a gunman at a Texas church.

How convincing can Bloomberg's "only cops should have guns" message be to Americans who have seen and shared fresh examples of unjustified and brutal police conduct? Or who have witnessed scenes of rioters and looters putting their lives and property at risk, because law enforcement agencies failed to protect them?

This video essay is based on the column "The Year Gun Control Died," published on June 5, 2020.

Written by J.D. Tucille. Voice over by Katherine Mangu-Ward. Graphics by Lex Villena.