This Border Patrol Agent Resigned After Changing His Mind About Immigration

"They just want a better life. I think most people in their shoes would do the same. And I stopped being able to reconcile that." 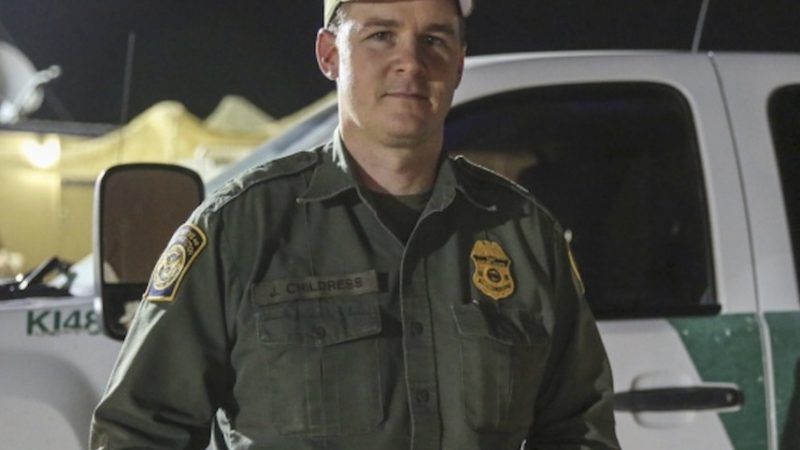 Though Border Patrol wouldn't confirm or deny the circumstances leading to Childress' departure, Reason obtained documentation showing that the resignation was filed for "personal" reasons.

Childress says that when he began at Border Patrol, he believed in the agency's mission and thought he could apply useful skills he'd acquired while serving in the military.

"It seemed like something that needed [to be] done," says Childress of his decision to join. "My understanding of the laws at the time was that there were proper ways to get into this country legally, and that the people that were coming across were just shirking those laws."

He says that in one memorable incident, he witnessed lash marks on a man's back. Upon further questioning, the man revealed that the scars resulted from a whipping that a drug trafficker gave him for refusing to carry drugs over the border.

"I didn't feel good about sending that guy back," says Childress. "But there are countless others that don't have a dramatic story like that. They just want a better life. I think most people in their shoes would do the same. And I stopped being able to reconcile that."

What also changed his mind was listening to podcasts while driving around the border 8 to 10 hours a day, specifically a show called Unregistered, hosted by historian and Reason contributor Thaddeus Russell.

He says one particular episode featuring author and sex worker Maggie McNeill made him re-examine his fundamental beliefs.

Watch the video above to find out more about Childress' experiences in the Border Patrol and to hear why he changed his mind about immigration and walked away from the job.