How established businesses use government to limit competition. 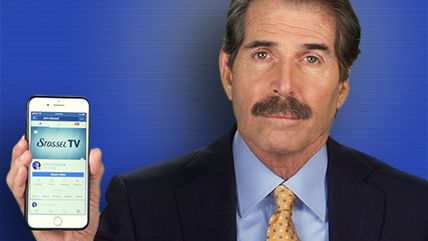 Once, Microsoft had zero lobbyists. The company focused on innovating.

"Microsoft in the early 1990s was the largest company in the world. Incredibly successful … They had no presence in Washington, D.C. Not a single lawyer," Yaron Brook of the Ayn Rand Institute tells John Stossel.

Brook explains how Microsoft's CEO was "literally brought in front of Congress … Orrin Hatch from Utah … said, 'You guys need to get involved here in Washington, D.C. You need to build a building here. You need to hire lawyers here.'"

Microsoft, courageously, didn't. Instead, Brook recounts, "Microsoft walked out of the meeting and said, 'You know what? You leave us alone, we will leave you alone … We're busy. We're running the biggest company in the world. There's a lot to do.'"

But soon after that, Attorney General Janet Reno announced that the Justice Department was charging Microsoft with "engaging in anti-competitive and exclusionary practices designed to maintain its monopoly."

Brook says the government was essentially saying, "we're here to prosecute yo u because you're offering the American public … a product for free. This is Internet Explorer, at a time when we were buying Netscape and paying money for it—they offered it for free, and that was deemed bad business practice."

"For 10 years they had to fight that lawsuit," he adds. "They lost, they got regulated, they got controlled. Guess how much Microsoft spends today in Washington, D.C.? … Tens of millions of dollars."

Wouldn't that violate the First Amendment?