Donald Trump is Terrifying. Why Have the RNC Protests Been So Lame?

These protesters may be no match for Trump's red hat public relations machine. 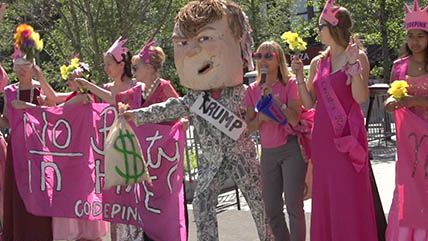 If you walk around outside the 2016 Republican National Convention you may think you'd find thousands of protesters ready to vent their anger at Republican presidential candidate Donald Trump and his xenophobic ideas. But, what you'd really find is a lot of reporters hunting for stories and sparsely attended protests.