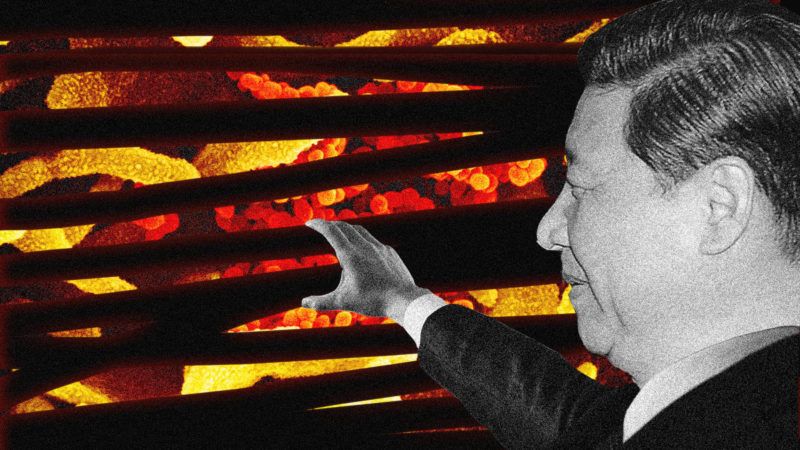 When Wuhan Central Hospital announced the death of the 34-year-old ophthalmologist on the social media site Weibo, there was an outpouring of sadness and anger in China.

It was one of the first signs that something far more troubling was happening in the city of Wuhan than the Chinese government was letting on.

When Li had tried to alert his colleagues via WeChat that he was witnessing an alarming spike in respiratory illnesses, the local government forced him and eight other people to sign apologetic admissions of "rumor-mongering." It was the beginning of a disinformation campaign that would help turn a crisis into a global pandemic.

Chinese officials later assured the public that they'd found no human-to-human transmissions of the viral pneumonia Li had posted about and that the disease was "preventable and controllable."

In January, government officials shut down the food market where they suspected the disease had originated. Nine days later, a 61-year-old man who regularly shopped at the market became the virus's first known fatality. But what government officials failed to tell the public was that his wife—who had never visited the market—also caught the virus, meaning that it was transmittable among human beings.

As the hospital ward filled and workers began to fall ill, China's politicians still refused to acknowledge for weeks that human-to-human transmission was happening, even staging a 40,000-family potluck in Wuhan and instructing hospitals not to use the words "viral pneumonia" on lung scan reports.

As the death toll in China climbed, the national government pointed its fingers at local authorities; Wuhan's mayor said his hands were tied by a national law requiring approval from central authorities before declaring an epidemic.

In late January, Li texted a New York Times reporter from his hospital bed: "If the officials had disclosed information about the epidemic earlier, I think it would have been a lot better. There should be more openness and transparency."

Concern for the need to better guide public opinion on the issue turned out to be part of President Xi's rationale for refusing to disclose human-to-human transmission for several weeks.

In February, authorities jailed an activist who dared criticize Xi's handling of the crisis. A journalist reporting stories from Wuhan that were critical of the government's response disappeared, as did a wealthy tycoon who publicly blamed the Communist Party's speech restrictions for worsening the spread.

"Is [COVID-19] real? Yes, but the flu is real," White House chief of staff Mick Mulvaney told a crowd at the Conservative Political Action Conference on February 28, before claiming that media were only beginning to pay attention to the outbreak because "they think this is going to be what brings down the president."

Trump had recently told the press that COVID-19 cases in the U.S. would likely be "close to zero" in a few days, and he later claimed the outbreak was "very well under control." In response to a reporter's question about the lack of early CDC testing for the virus on March 13, Trump replied: "I don't take any responsibility at all."

U.S. officials' attempts to downplay the crisis likely worsened the spread by slowing the reaction times. But there's an enormous difference between a country that jails dissenting voices and a country with strong First Amendment protections.

The media and political class have derided Twitter and Facebook for lacking adequate gatekeepers, but it was through these platforms that medical professionals, technologists, epidemiologists, and everyday citizens bypassed the mainstream media and the government to implore their fellow citizens to act.

A Seattle-based medical team defied the CDC to run tests and discovered an outbreak in the city and sequenced the genome, and a member of that team wrote a Twitter thread that  got the word out about the value of "social distancing" long before the federal government did.

On January 30, technologist and venture capitalist Balaji Srinivasin asked on Twitter, "What if this coronavirus is the pandemic that public health people have been warning about for years?" Then he began encouraging the cancellation of events, pleading for more early testing, and warning about the lack of reliable information coming out of China.

He was critical of early media coverage that often downplayed the threat of the outbreak with facile comparisons to the flu, and he criticized flippant dismissals of Silicon Valley companies that began taking precautions early.

"Of course this non-issue turned out to be very much an issue," he told Reason's Nick Gillespie. "And they weren't simply getting the story wrong, but they were actively attempting to shame and silence the people getting the story right. And some of them, you know, later insincerely apologized, others wrote columns about how they got the story wrong, this slightly more insincere way. And then once Trump started adopting their early talking points about how the virus was just the flu, several of them have reversed themselves and pretended, you know, they'd been taking it seriously all along."

As the government continues to stumble, the decentralized response has been forthcoming, with individuals voluntarily self-isolating after the "flatten the curve" chart was circulated widely on social media.  Doctors in Seattle defied the federal government to test for COVID-19; states like Colorado implemented their own drive-thru testing stations; and mayors and governors began taking measures to protect the spread within dense city centers.

But to keep the decentralized response going, information channels will need to remain as open as possible. To this day, dissenters in China are being muzzled or worse. And the Trump administration has classified several top-level coronavirus meetings.

American social media is chaotic, confusing, and full of bad actors and misinformation. Wild speculation abounds. But that wild, freewheeling conversation keeps us safer than a censored press, or even a free press controlled by professionals.