Trump's Border Wall Is Destroying Land, Livelihoods, and Butterflies in the Rio Grande

"You may learn about eminent domain, but until you are in the crosshairs of the government, you don't understand how it really works." 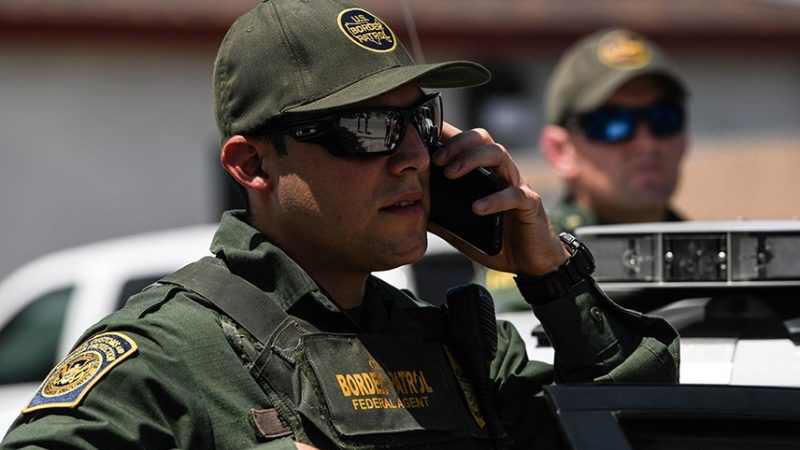 "You may learn about eminent domain, but until you are in the crosshairs of the government, you don't understand how it really works," says Marianna Trevino-Wright, the director of the National Butterfly Center, a 100-acre private wildlife refuge located in Texas near the U.S. border with Mexico. "They invoke it, they take your land, and they do what they want."

The National Butterfly Center, or NABA, is directly in the path of Donald Trump's planned border wall. Part of the Rio Grande Valley Conservation Corridor, it's home to the largest concentration of butterflies in North America.

The border wall project is moving ahead in the Rio Grande Valley. In the 2018 omnibus spending bill, Congress authorized one component of the project, a 33-mile section of fencing running through the Valley. And the Department of Homeland Security is threatening to use eminent domain to seize the land.

The National Butterfly Center's land will be cut in two by the border wall—70 percent of the preserve will become contiguous with Mexico and difficult to access. The government is also planning to establish a "control zone" for monitoring illegal entrants, which will mean clearing up to 200 yards of vegetation, specifically planted to host butterflies, on the river side of the wall. That land could be taken through eminent domain.

Fred Cavazos and his cousin Rey Anzaldua are descended from Spanish settlers who, in the 1700s, were awarded land grants in the Valley. The house where the Cavazos lives will end up on the U.S. side of the wall, but much of his land and rental properties fall on the Mexican side, making them difficult to access. He says they'll likely become worthless.

"Everytime we turn around, they are trying to take land from us," says Anzaldua. "They say it's for the good of the community. But what about our own good? Who's compensating us for all this land we're losing? Nobody. They give us peanuts for it."

Anzaldua says the family has had enough, and plans to fight any government efforts to take the land.

That could backfire on the Cavazos family and the Valley landowners. In 2008, when the Bush administration was building an immigration barrier in the neighboring town of Brownsville, the Department of Homeland Security exploited loopholes in the law meant to protect property owners.

Today landowners are still fighting for what they consider just compensation for the land they lost a decade ago. "There are still 90 lawsuits open now," says Trevino-Wright, "because their land was taken with no compensation."

Trevino-Wright says NABA's property rights are being trampled in other ways as well. Federal immigration law gives the agency the authority to search and patrol private property within 25 miles of the border without obtaining a warrant. "They drag tires, they have drones and helicopters, they have agents on foot, on bicycle, on dirt bike, on horse, on four-wheeler, in SUVs, on boat on our shores," she says. "Every kind of presence you can imagine."

The government doesn't have the authority to enter and alter private property in preparation for the border wall, but Trevino-Wright says that she encountered a group of government contractors on the Butterfly Center's property clearing foliage that had been planted to host butterflies. When she asked them what they were doing there, she was told a representative from U.S. Border Patrol would contact her. A few days later Manuel Padilla, who's the chief border patrol agent for the Rio Grande Valley, paid the Butterfly Center a visit.

"He showed up unannounced, in plain clothes, and his attache, and a uniformed border agent," says Trevino-Wright. Padilla presented plans for the border wall to Trevino-Wright, and according to her account, said the contractors would be back. This time he was accompanied by a "green uniformed presence."

"So I asked him about that later," Trevino-Wright says. "Do I understand you correctly, that you are sending armed federal agents onto private property to protect your contractors?"

NABA decided to take legal action, suing the Department of Homeland Security and Customs and Border Protection on the grounds they have exceeded their authority.

"You know, private property is supposed to be for the owner and their enjoyment and use and purpose," Trevino-Wright says. "Well, we don't enjoy that here. Our land, according to Border Patrol, is theirs to do with as they please."

The lawsuit also alleges that the government violated the National Environmental Policy Act and the Endangered Species Act. Although Wright doesn't believe the lawsuit will delay construction of the border wall, she hopes it will force the government to adhere to the measures meant to keep it accountable.

After the lawsuit was filed, U.S. Customs and Border Patrol sent a form letter to every property owner in the area, asking for 18 months of irrevocable access so the agency can survey the land to prepare for construction. Many owners, including NABA and the Cavazos family, refused to sign.

"And I just got word the government has moved to dismiss our lawsuit," Trevino-Wright says.

These issues will be sorted out in court. Regardless of the outcome, for the property owners of the Rio Grande Valley, the long-term outlook is bleak.

Summer Days by Kai Engel is licensed under a Attribution-NonCommercial License.

Rate Sheet by Blue Dot Sessions is licensed under a Attribution-NonCommercial License.

Thread of Clouds by Blue Dot Sessions is licensed under a Attribution-NonCommercial License.

The Stone Mansion by Blue Dot Sessions is licensed under a Attribution-NonCommercial License.

Two in the Back by Blue Dot Sessions is licensed under a Attribution-NonCommercial License.

Sino de Cobre by Blue Dot Sessions is licensed under a Attribution-NonCommercial License.

Mark McDaniel is a former producer at Reason.