He has been a Democrat, a Republican, a lobbyist, and a cancer survivor. Now he wants to end the war on weed. 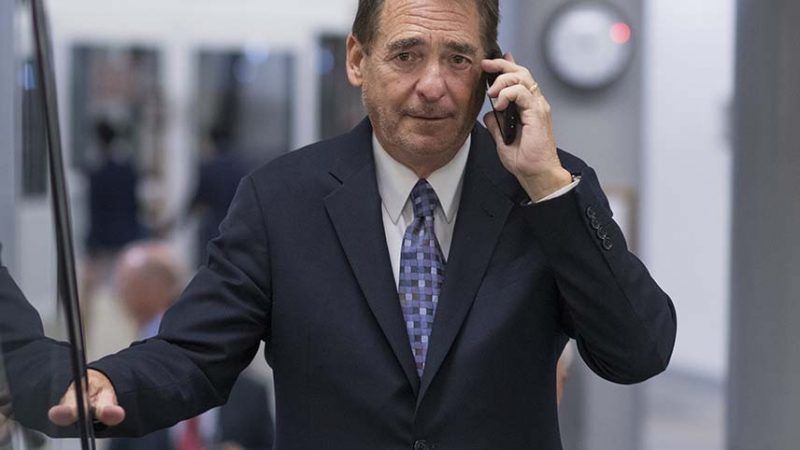 With medical and recreational marijuana legalization spreading across the country, Reason attended the Cannabis World Congress and Business Exposition in New York City to get a sense of where things are headed with commercialized weed and weed-related products.

We encountered retired NFL greats Leonard Marshall and Christian "Nigerian Nightmare" Okoye promoting non-psychoactive CBD oil, which they say has replaced the opioids they once needed to dull their pain; we sampled cold-brewed coffee infused with a marijuana extract that won't get you stoned but still makes for a calmer morning; we learned why candy is the go-to product for edibles; and we talked to Kate Bell, legislative counsel at the Marijuana Policy Project, about going to states where pot is legal to fight for laws that clear away the criminal records of nonviolent drug offenders.

But by far the most vision-inducing part of the conference was keynote speaker Billy Tauzin. He's a former conservative congressman from Louisiana who went on to head up PhRMA, the pharmaceutical industry's massive lobbying group. Now he works for LenitivLabs, a medical cannabis company founded by TV host, multiple sclerosis sufferer, and longtime legalization advocate Montel Williams. Tauzin himself survived a life-threatening bout with cancer and now says he wishes he could have smoked weed to ease his pain.