Best Political Speech by an Entertainment Celebrity: Who Will Win?

Dissent is the highest form of stardom. 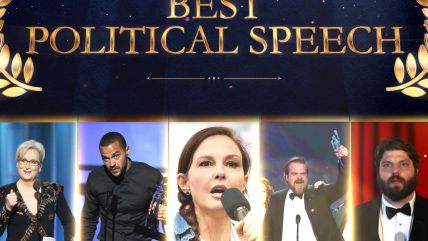 Forget the Oscars, the Golden Globes, and the Emmys: the stars are all out for the Hollywood Awards. But who will take home the prize for Best Political Speech by an Entertainment Celebrity?