The host of TruTV's hit show has lost some faith in the power of rational discourse. And he has some ideas for how to fix the problem. 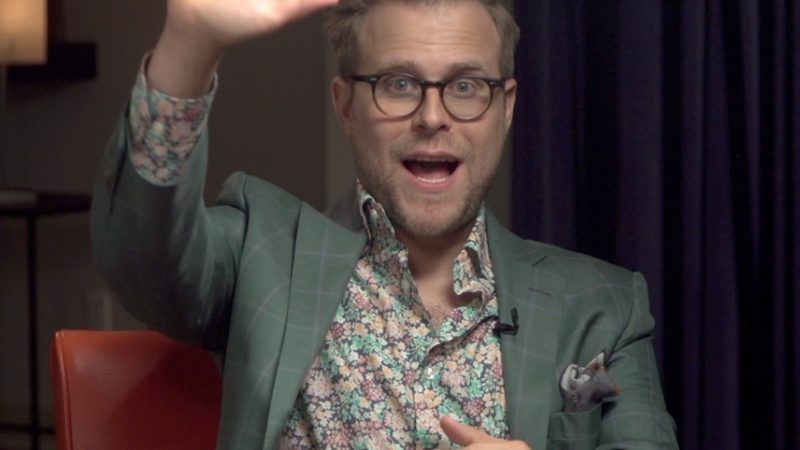 Since 2015, when Reason first sat down with Adam Conover, host of TruTV's hit show Adam Ruins Everything, a new president has taken office, a new media landscape has emerged, and some would say we're inhabiting a new reality.

What's it like to make a show that seeks to uncover hidden truths in the "post-truth era"?

"I guess what's happened is that I've a little bit let go of the idea that we can reach everybody," says Conover, who's about to go on a live tour and is gearing up for the premiere of his show's third season. "Certain people…the informational world they live in, it's so distorted that it's hard to get through."

But most people still have a "deep down desire to learn, to know the truth," he says.

In a wide-ranging interview with Reason's Zach Weissmueller (full disclosure: Weissmueller is married to the show's casting director), Conover shares his thoughts on the "response videos" to his work proliferating on YouTube, how he contends with the psychological defense mechanisms that prevent viewers from changing their opinions, the "de-platforming" of conspiracy theorist Alex Jones, and how big tech companies are changing our perceptions of reality.

The new season of Adam Ruins Everything premieres on November 27, 2018.

"Symphony No. 5" by Gustav Mahler and performed by the Waterloo-Cedar Falls Symphony is licensend under a Creative Commons Unported Attribution License. (https://creativecommons.org/licenses/by/3.0/) Source: https://imslp.org/wiki/Symphony_No.5_(Mahler%2C_Gustav)