Amity Shlaes's new history of the late 1960s explains the failure of the last time the federal government tried to fix all that was wrong with America. 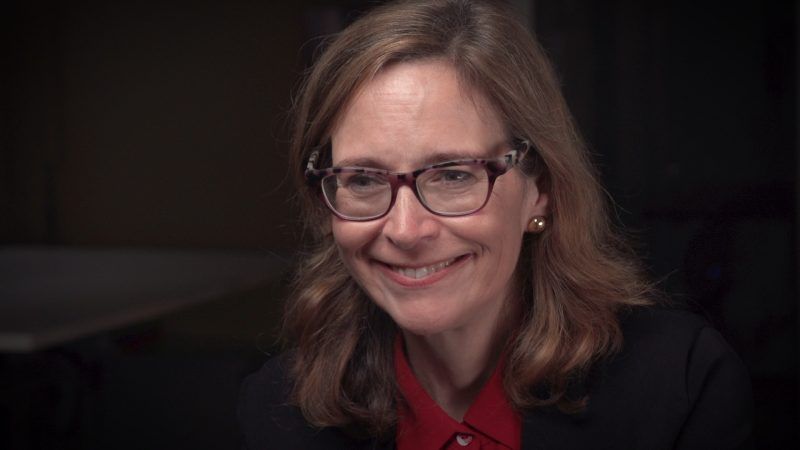 In a 1964 speech delivered at the University of Michigan, President Lyndon Johnson announced his plans for what he called "the Great Society," a sweeping set of programs that marked the most ambitious expansion of the federal government since Franklin Roosevelt's New Deal.

Johnson declared war on poverty, jacked up federal spending on education, and pushed massive new entitlement programs, including Medicare and Medicaid, which promised to deliver high-quality, low-cost health care to the nation's elderly and poor. When Republican Richard Nixon succeeded Johnson, a Democrat, as president after the 1968 election, he continued and even expanded many of the Great Society programs despite being from a different political party.

But did the Great Society achieve its goals of eradicating poverty, sheltering the homeless, and helping all citizens participate more fully in the American Dream? In Great Society: A New History, Amity Shlaes argues that Lyndon Johnson's bold makeover of the government was a massive failure despite the good intentions of its architects and implementers.

Shlaes, who is the author of The Forgotten Man, a best-selling history of The Great Depression (read her interview with Reason), and the chair of the Calvin Coolidge Presidential Foundation, says remembering the failure of the Great Society is especially relevant in an election year when presidential candidates are promising to spend huge amounts of money on all sorts of new government programs. "Once again, many Americans rate socialism as the generous philosophy," writes Shlaes. "But the results of our socialism were not generous. May this book serve as a cautionary tale of lovable people who, despite themselves, hurt those they loved. Nothing is new. It is just forgotten."

Nick Gillespie sat down to talk with her about the origins of the Great Society, its failure, and what it all means for 21st century America.