What Did Libertarians Learn from the Mueller Report?

Reason editors discuss Russia, Biden, Moulton (?), and that television show with the dragons. 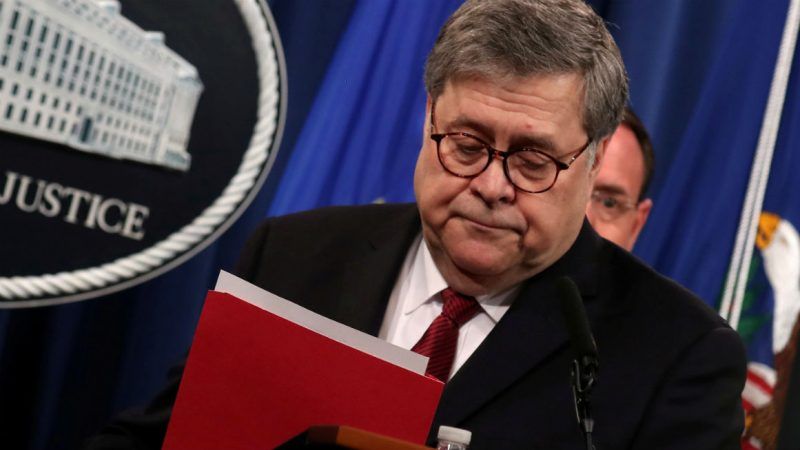 Now that the smoke has cleared from the Special Counsel Robert Mueller's investigation into Donald Trump's suspected (and now-disregarded) criminal conspiracy with Russia and his potential obstruction of the investigation thereof, there are many questions that still remain, including: Should we be alarmed by the role that counterterrorism-investigation leaks played in kickstarting this investigation? Are there specific trims to government power that this whole episode suggests, and if so why aren't they being discussed? Is it useful to have conversations about having conversations about conversations?

All of these riddles and more are hotly debated on this week's Editors' Roundtable edition of the Reason Podcast, betwixt Katherine Mangu-Ward,  Nick Gillespie, Peter Suderman, and Matt Welch. The episode also features a name-that-Democratic-candidate pop quiz, a quick round of Biden-kicking, and—yes, nerds (sigh)—some discussion of that television show from last night.

'Lies Rise' by Cullah is licensed under CC BY-SA 4.0

"What's Really in the Mueller Report," by Scott Shackford

"Trump May Not Be Guilty of Obstruction, but He Is Guilty of Arrogant Stupidity," by Jacob Sullum

"Trump May Not Have Obstructed the Mueller Investigation, but It Sure Looks Like He Tried," by Peter Suderman

"In Defense of Trump Obstructing Justice (When There's No Underlying Crime)," by Nick Gillespie

"If Either Party Cared About Limiting Executive Power, Trump's Presidency Would Be Toast," by Eric Boehm

"Standing on the Shoulders of Tyrants," by Gene Healy

"The CBO Was Created to Provide a Check on Executive Power," by Peter Suderman

"Joe Biden Is Probably Running for President. He's Got a Lot of Baggage." by Christian Britschgi

"Joe Biden Says He Didn't Do Anything Wrong, Will Do Better From Now On," by Christian Britschgi

"Hair-Sniffer Joe Biden Should Apologize for His Whole Career," by Matt Welch

"All the Top Democrats Running for President Favor Legalizing Marijuana," by Matt Welch