Where Do Libertarians Fall in Trump's America? (New Reason Podcast)

We're entering a world "much less friendly to our overall belief system and values." 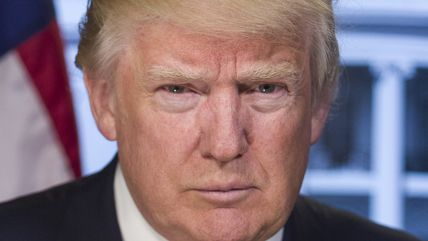 Donald Trump's executive order on immigration and refugees is anathema to Reason's core libertarian beliefs—as is his proposed tariff, border wall, and a slew of other anti-globalist policies—but he's also talking about deregulating industry, and has nominated (or is considering nominating) several pro-freedom cabinet members. So where do libertarians fall in Trump's America?

"The future of politics is going to be more oriented around a purely issue-by-issue consideration of things," says Reason's Editor at Large Matt Welch. "You're going to have a lot of temporary coalitions." On the other hand, "we also seem to be seeing the rise of a permanent anti-Trump coalition," notes Reason magazine Editor in Chief Katherine Mangu-Ward, "and at some point the true Trump oppositionists will consider any kind of coalition building with Trump to be evidence of non-trustworthiness."

In our latest podcast, Nick Gillespie chats with Mangu-Ward and Welch about refugees, "rage exhaustion," tribalism, and how Trump is making us more like Western Europe.