As Sanders steamrolls toward the Democratic nomination, the Reason Roundtable podcast dissects the panic attacks among MSNBC anchors, conservative commie-haters, and the bipartisan establishment elite. 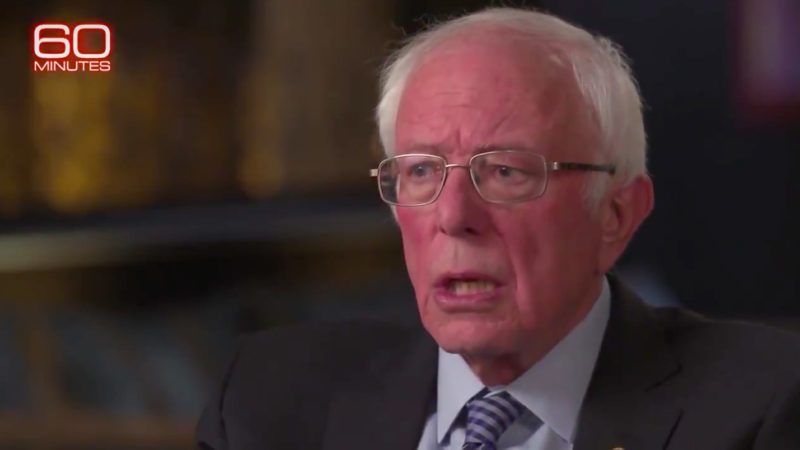 Could we really be just eight days away from an eight-month dirge of Bernie vs. Trump? Probably not, but that's no reason for political/media professionals not to panic over the Democratic frontrunner's purported Castro apologetics, coercive economics, Trump similarities, popularity ceilings, down-ballot jeopardizing, and even Russian stoogery.

All of which and more are analyzed and occasionally mocked on today's Reason Roundtable podcast, featuring Peter Suderman, Katherine Mangu-Ward, Matt Welch, and a pinch-hitting Elizabeth Nolan Brown. Also discussed: California's idiotic public policies, President Donald Trump's loyalty purges, the difference between Russian "interference" and "influence," and Midwestern canned clam dip. You can take the gal out of Ohio (or Minnesota), but…

"Bloomberg Disses Sanders' Socialism: 'Other Countries Tried That. It Was Called Communism and It Just Didn't Work,'" by Christian Britschgi

"The Socialist Delusions of Bernie Sanders," by John Stossel

"L.A.'s Plan To Solve Its Homeless Problem Is a Mess," by Zach Weissmueller