The Fight for Free Speech on College Campuses 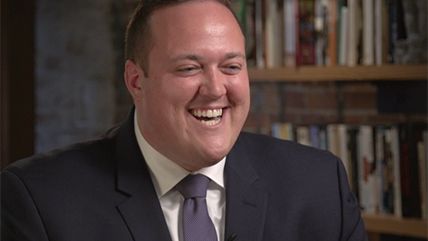 "It used to be college was a place for open dialogue and open debate," says Says Cliff Maloney Jr., Executive Director at Young Americans for Liberty (YAL). "But now we find free speech zones, we find unconstitutional policies. And thats our goal with…our national fight for free speech campaign. How do we tackle them? How do we change them and reform them?"

YAL, the non-profit pro-liberty organization that emerged from the 2008 Ron Paul campaign, encourages college students to understand and exercise their constitutional rights. "We try to reach kids with these ideas. We do that through activism. Real events–which college campuses are supposed to be all about–taking ideas to students and having these discussions." Since its founding, YAL has increased chapters from 100 to over 700 nationwide.

Maloney sat down with Reason's Nick Gillespie to talk about YAL, the state of free speech on campus, and his goal of making politics "sexy."