"They wanted to deplatform me," says the legendary filmmaker, for the mortal sin of engaging former Trump adviser and Breitbart.com head. 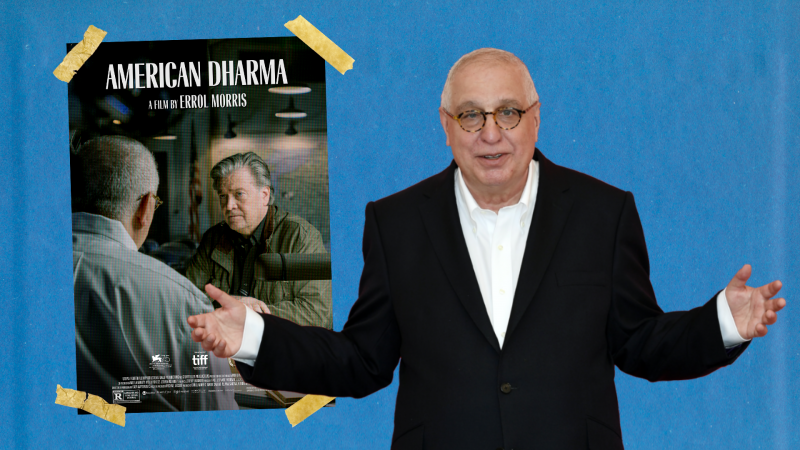 When Errol Morris debuted American Dharma, his documentary about Stephen Bannon, last year at the Venice Film Festival, he received an ovation. But after early reviewers accused the Oscar-winning director of letting the former Breitbart.com head and adviser to President Trump "off the hook," Morris found it impossible to get a distribution deal in the United States.

It was the first time in decades that the acclaimed director of The Thin Blue Line and The Fog of War couldn't get a movie into theaters. "The experience was so damn weird," Morris tells Reason. "People became so angry with me and with the movie, they certainly wanted to deplatform not just Bannon, but they wanted to deplatform me."

But now his film, American Dharma, is finally in theaters.

Nick Gillespie sat down with the 71-year-old Morris, whom Roger Ebert called "as great a filmmaker as Hitchcock or Fellini," for a wide-ranging conversation about the censorious first reactions to his new film, his history with Elizabeth Holmes and Theranos, and what he learned—and didn't learn—about Steve Bannon's philosophy. He also talks about why he thinks we're in a golden age of documentary filmmaking, his heated grad-school confrontations with philosopher Thomas Kuhn (detailed in his recent book The Ashtray: Or the Man Who Denied Reality), and Wormwood, his 2017 Netflix docudrama series about the CIA's notorious MKUltra mind-control program.