Of All the Things To Impeach a President for, They Chose This? 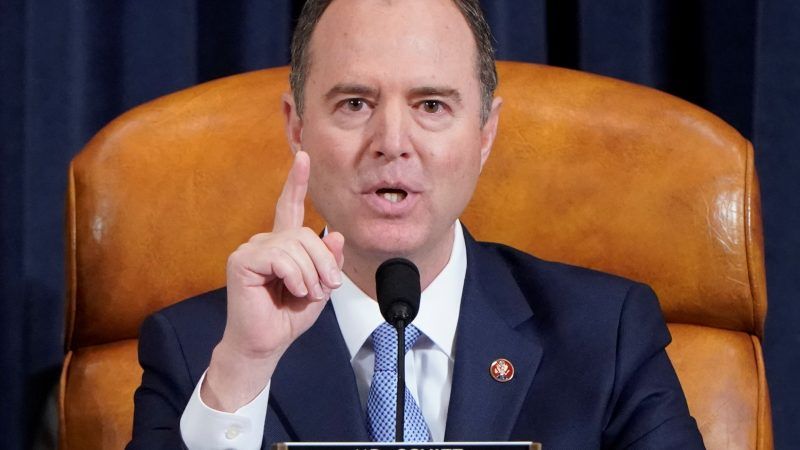 Who's ready for Week Two of the impeachment show (not to be confused with The Impeachment Show)? Well, ready might be a strong word, but the Reason Roundtable quartet of Nick Gillespie, Peter Suderman, Matt Welch, and Katherine Mangu-Ward have many thoughts about comparative presidential corruption, the Sixth Amendment, how politics keeps getting stuck in our government, and whether "bribery" is the right word for the job. The important thing is that it's all going to get worse.

Speaking of which, so are the Democrats' semi-phony yet heartfelt Centrism Wars, which get a thorough examination on the podcast as well. Is Pete Buttigieg a blank slate for the politically gullible? Does Michael Bloomberg's understanding of capitalism outweigh his enthusiasm for regulation? Is it time to blow the whole thing off and spend the weekend tripping balls on ayahuasca? All, and much more, are discussed.

SPEAKING OF DISCUSSION: Ever feel like harassing the Reason Roundtableists with individual or group questions? With our annual Webathon around the corner, the time to do so is right the hell now. Email your queries to podcasts@reason.com, and we shall do our best to answer them in a forthcoming video release during the Webathon.

'Confused State' by Kevin MacLeod is licensed under CC BY 3.0

"U.S. Diplomat Bill Taylor: It Was 'Crazy' To Freeze Aid to Ukraine 'for Help With a Political Campaign,'" by Billy Binion

"Steve Calabresi Responds and Updates His Arguments on Impeachment Hearings," by Jim Lindgren

"Pete Buttigieg Has a $1 Trillion Plan to Drive Up Housing, College, and Labor Costs," by Scott Shackford

"Glamour and the Art of Persuasion," by Virginia Postrel

"The Democratic Primaries Get a Last-Minute Addition," by Zuri Davis

"'We Vape, We Vote' Crowd Got Through to Donald Trump, Advisors Say," by Elizabeth Nolan Brown

"Michael Bloomberg's Centrism Combines the Worst Instincts of the Right and Left," by Jacob Sullum