The longtime activist is the front-runner for the L.P. presidential nomination and has a special message to young people. 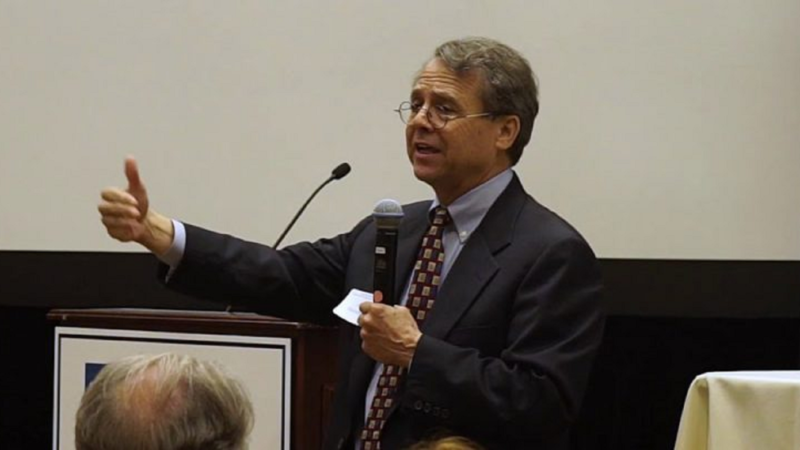 "I'm running for president because I want to live in a free society," says Jacob Hornberger, the founder and president of the Future of Freedom Foundation. With Michigan Rep. Justin Amash's withdrawal from the race for the Libertarian Party (L.P.) presidential nomination, Hornberger is the front-runner as the voting process gets underway on Friday, May 22.

Born and raised in Laredo, Texas, and a lawyer by training, Hornberger's platform is straightforward, concise, and doctrinaire: He unapologetically stands for open immigration, free trade, an end to non-defensive military interventions and what he calls the national security state, the legalization of all drugs, and the replacement of the income tax and the IRS with voluntary payments to fund the government. In a wide-ranging conversation with Nick Gillespie, Hornberger also discussed some of his outlier beliefs—he believes that Franklin Roosevelt goaded Japan into bombing Pearl Harbor so the United States could enter World War II and that Lee Harvey Oswald was "framed" for the assassination of John F. Kennedy. He also goes into detail about how his Catholicism informs his policy positions (he is anti-abortion, but says the federal government has no jurisdiction in the matter and favors suasion over laws to reduce its occurrence).

At 70 years old, Hornberger would be the youngest nominee for president among the country's three biggest parties. He says his campaign will not only be boldly and unapologetically libertarian but focused on younger Americans. "My message," says Hornberger, "is I trust you, I trust you with your freedom. Right now, the government is taking out of your paychecks $2 trillion a year just for Medicare and Social Security. What they're saying to you by taking this money out of your paycheck is: 'You're bad people. You cannot be trusted to handle your own money. You'll turn your backs on your parents, you'll turn your backs on the needy.' I'm saying, bull! Keep your money, cut out the middleman…I trust you to handle this on your own."