The US Is Already Broke!: Economist (and Presidential Candidate) Laurence Kotlikoff

Says real national debt is north of $200 trillion and screwing younger Americans from now til Doomsday. 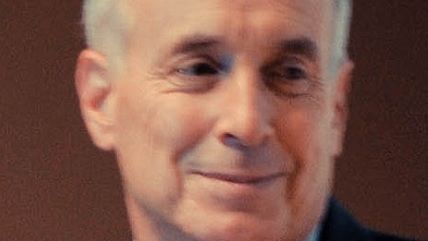 In books such as The Coming Generational Storm and The Clash of Generations, Boston University economist Laurence J. Kotlikoff argues that old-age entitlements such as Medicare and Social Security are ripping off the relatively poor and young and funneling money to the relatively old and well-off. What's more, he controversially asserts that our national debt isn't $20 trillion but well over $200 trillion. The United States government is, he says, already bankrupt by any realistic definition of the term.

Kotlikoff is running for president as a write-in candidate (his running mate is Ed Leamer, an economist at UCLA). If candidates such as Hillary Clinton and Donald Trump are noticeably vague on the details of their policy proposals, Kotlikoff is the polar opposite, spelling out in readable detail what he intends to do to rein in debt and cut government spending, how he would handle foreign policy, and more.

While he's no libertarian, believers in limited government, less-distorting tax policy, and major entitlement reform will find much of interest in what Kotlikoff calls "purple plans," or policies designed to appeal to centrists, Democrats, and Republicans.

In this new Reason podcast, Nick Gillespie talks with Kotlikoff about his presidential campaign and the effect of massive, unchecked debt on our country's economic future.

Listen here on Soundcloud and subscribe to Reason's podcast at iTunes or via RSS (scroll down for details).