Jia Lynn Yang on the Immigration Law that Changed America

The author of a new history of immigration worries that the coronavirus is bringing the mythology of America as a nation of immigrants to an end. 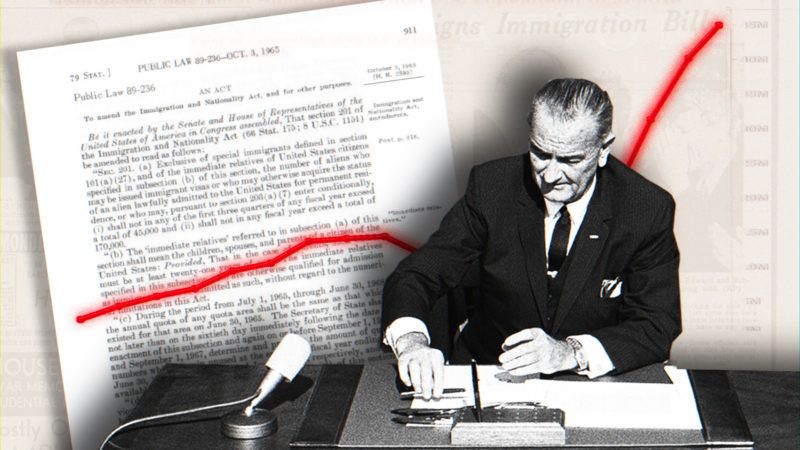 What will the COVID-19 pandemic and the lockdown of our society mean for the hundreds of thousands of foreign workers, refugees, and asylum seekers who apply annually to become Americans? Donald Trump won the presidential election in 2016 in part by vowing to "build a wall," deport all unauthorized residents, and greatly reduce the number of people welcomed here legally.

COVID-19, which has its origins in China, may help the president to deliver on his campaign promises. Is the mythology of America as a nation of immigrants coming to an end?

A deputy national editor at The New York Times, Jia Lynn Yang is the author of the timely new book, One Mighty and Irresistible Tide: The Epic Struggle Over American Immigration, 1924–1965. The book begins at another dark moment in American immigration policy, when a restrictive law ended a long period of relatively open borders and effectively stopped mass movement to the United States for the next 40 years. It tells the story of the decades-long battle that led the U.S. to begin accepting foreigners once again. And yet almost nobody involved in that fight foresaw the extent to which the 1965 law signed by President Lyndon B. Johnson would open the door once again to large numbers of new immigrants—including Yang's family, who came here from Taiwan in the 1970s.

Nick Gillespie sat down with Yang first in March and then again in May, after signs that COVID-19 pandemic could have a major effect on U.S. immigration policy, including Trump's executive order temporarily halting legal migration, a delay in asylum hearings on the Mexican border, and a federal order blocking entry of migrant children that invokes a 1940s-era law.