Is Socialism Preferable To Capitalism? A Soho Forum Debate 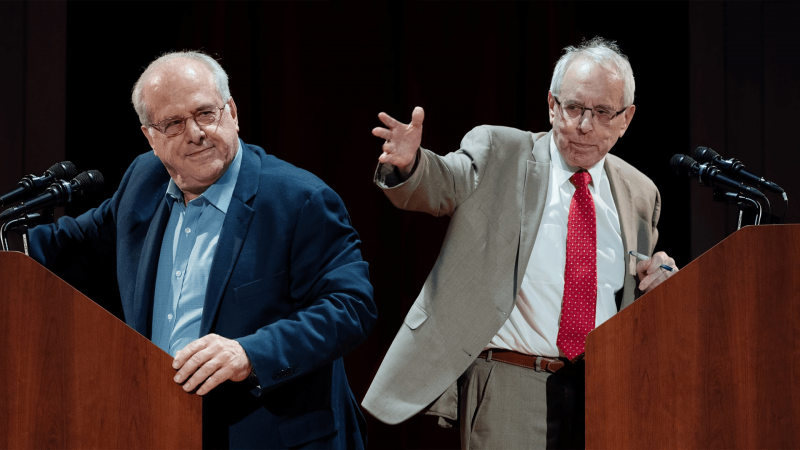 Socialism is preferable to capitalism as an economic system that promotes freedom, equality, and prosperity.

That was the proposition debated on November 5 in New York City at The Soho Forum, the monthly debate series sponsored by Reason. Arguing in favor of the proposition was Richard D. Wolff, professor emeritus of economics at the University of Massachusetts and author, most recently, of Understanding Marxism. Arguing against the resolution was Gene Epstein, the co-founder and director of The Soho Forum and the former economics editor of Barron's. Reason's Nick Gillespie served as moderator.

It was an Oxford-style debate, in which the audience votes on the resolution at the beginning and end of the event, and the side that gains the most ground is victorious. It was a packed house, with about 450 people in attendance. The pre-debate vote found that 25 percent of the audience agreed that socialism was preferable to capitalism; 49.5 percent thought that capitalism was the better system; and 25.5 precent were undecided. Despite a technical problem at the event itself, we were able to recover the final vote totals, which saw support for socialism drop by half a percentage point and support for capitalism increase to 71 percent.

Subscribe to this podcast by clicking on your preferred service listed on the right. Subscribe to Reason's two weekly podcasts—The Reason Roundtable and The Reason Interview with Nick Gillespie—by going here now.