Is It Time to End the Coronavirus Lockdowns? A Soho Forum Debate 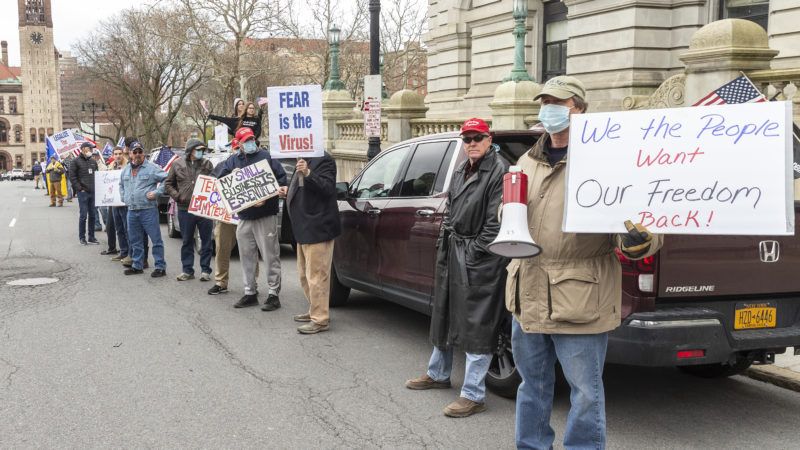 The US economy should be liberated from the governments' lockdowns right away.

That was the resolution of a virtual debate hosted by the Soho Forum via Zoom on Tuesday, April 21, 2020. Arguing for the affirmative was David Henderson, an economist and research fellow with the Hoover Institution at Stanford University, and for the negative Justin Wolfers, a professor of economics and public policy at the University of Michigan. Soho Forum Director Gene Epstein moderated.

The Soho Forum typically hosts Oxford-style debates, in which the live audience votes before and after the event, and the debater who swayed the most people wins the contest. Because this debate took place over Zoom, we did things a little differently: The online audience was asked to vote before the debate…if you did so, go to sohovote.com after you watch and cast your final vote. However, if you didn't register your initial vote before the debate started on Tuesday evening, your final vote won't be counted.

The Soho Forum, which is sponsored by the Reason Foundation, is a monthly debate series that's usually held at the SubCulture Theater in Manhattan's East Village. This debate, however, was conducted via Zoom.

Update: Voting on this debate ended on April 28, 2020. David Henderson won by convincing 12.7 percent of the audience to change their minds. Justin Wolfers lost support by 4.76 percent.