Is Everyone Wrong About NBA/China/Hong Kong Except South Park and…Ted Cruz? 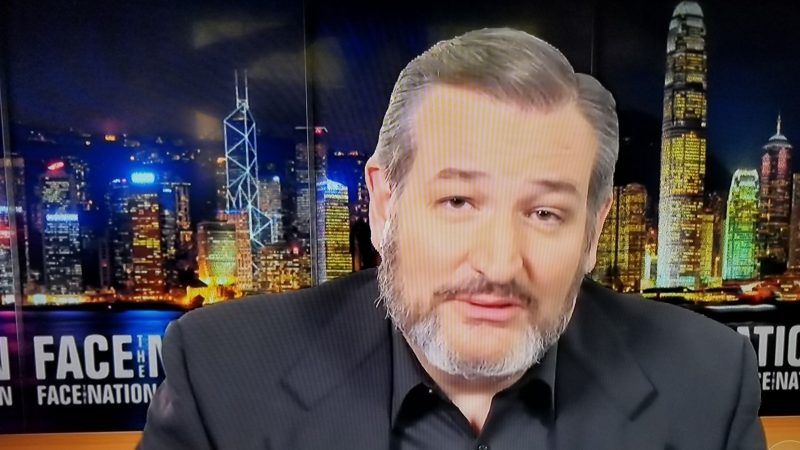 That's the first of a seemingly endless number of perhaps unanswerable questions on this week's Reason Roundtable podcast, featuring Nick Gillespie, Katherine Mangu-Ward, Peter Suderman, and Matt Welch. Other queries include: Does Red China's exportation of censorship disprove the hypothesis that trade and capitalism make people freer? Is President Trump's abandonment of the Syrian Kurds a welcome clarifying agent to the U.S. body politic or a haphazard atrocity-enabler cloaked in the insincere language of imperial withdrawal? Which Democrats are most set to embarrass themselves in this week's debate? Are Tom DeLay's hips capable of lying? And can Nick's enthusiasm for Columbus Day be contained, let alone stopped?

'Duet Musette' by Kevin MacLeod is licensed under CC BY 4.0

"China Banned South Park After the Show Made Fun of Chinese Censorship," by Robby Soave

"The NBA Cares More About Making Money in Mainland China Than Supporting Freedom in Hong Kong," by Mike Riggs

"Searching for New Atlantis in China," by Michael Gibson

"We Can Learn 3 Lessons From Trump's Partial Syria Withdrawal," by Bonnie Kristian

"Let the Kurds Come to America," by Shikha Dalmia

"Trump Brushes Off the Threat of Free ISIS Militants Because 'They're Going to be Escaping to Europe,'" by Elizabeth Nolan Brown

"U.S. Consents to a Turkish Invasion in Syria; Kurdish Forces Call It 'A Stab in the Back,'" by Elizabeth Nolan Brown

"Inside the Pro-Trump Conference Where a Violent Meme Made National News," by C.J. Ciaramella

"You Know All Those Stories About The Apocalypse Being Nigh? Well, Now That Tom DeLay Is Going To Be On Dancing With The Stars, I Believe Them," by Nick Gillespie