Gary Johnson Gets ANGRY Over Foreign Policy And Exclusion From Debates (You Will Too)! 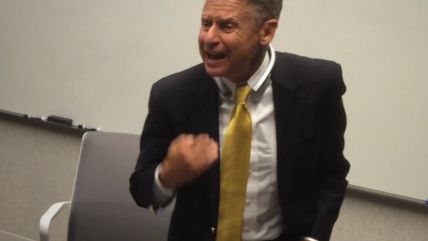 Libertarian presidential candidate Gary Johnson has made being a nice, non-combative guy a central part of his campaign strategy.

But just minutes before Monday's debate between Hillary Clinton and Donald Trump, Johnson lashed out at U.S. foreign policy failures, his exclusion by the Commission on Presidential Debates, and the media's fixation on his Aleppo gaffe rather than his larger point that the nation's interventions have "thousands of people dying" while failing to establish peace.