The Reason Roundtable reads Bob Woodward, goes to the Oscars, weighs in on the NFL, and more. 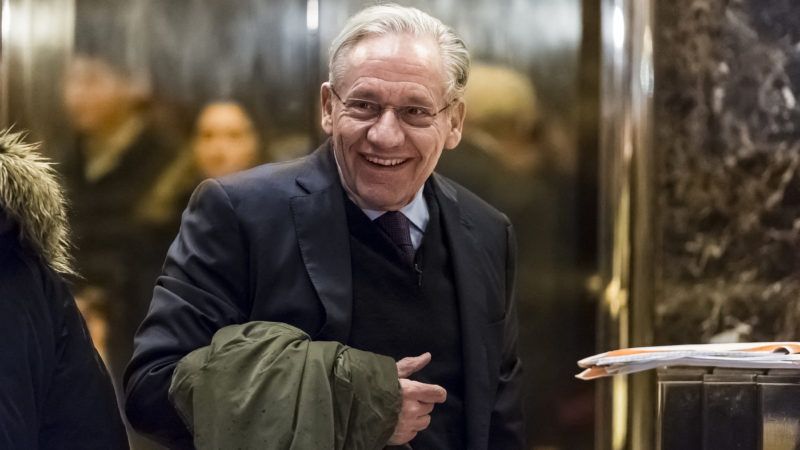 What did Donald Trump know, and when did he know it? According to Bob Woodward's new book, Rage, and the interview tapes the veteran reporter released last week, the president acknowledged the seriousness of the coronavirus in private interviews much earlier than he did public. Are there times when presidents should tell what they perceive as noble lies to forestall panic? Or, as Woodward suggests, do those obfuscations simply prevent Americans from rallying around and solving serious problems together?

Regular Reason Roundtable podcasters Nick Gillespie and Katherine Mangu-Ward are joined by special guests Eric Boehm and Zach Weissmueller for a 20th-century-flashback episode to discuss whether epidemiology is politics, whether movies are politics, whether sports are politics, and whether all of those things have always been politics.

Plus Gillespie gets ratioed, Mangu-Ward gets literary, Weissmueller gets serious, and Boehm gets emo in their pop culture recommendations.

Music: "Drizzle to Downpour" by Silent Partner and "Hide the Horror" by Asthmatic Astronaut.

"How China Corrupted the World Health Organization's Response to COVID-19," by Zach Weissmueller

"The NFL Is Back. So Is the National Anthem Controversy. And Now There Are Two Anthems," by Eric Boehm