Does the Demise of Abu Bakr al-Baghdadi and his Caliphate Vindicate 2014 Rand Paul?

The senator took a lot of heat five years ago for being anti-interventionist in Syria yet pro-war against ISIS. 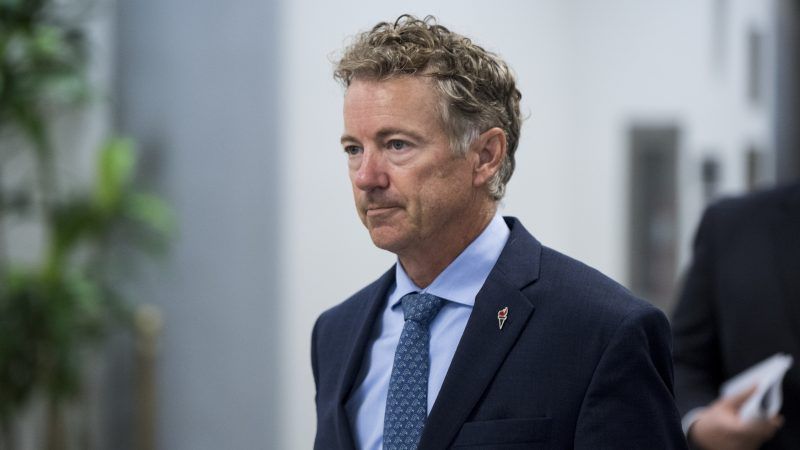 In September 2014, in the wake of the beheading of two American journalists by the Islamic State, the usually intervention-skeptical Sen. Rand Paul (R–Ky.), then preparing a run for the 2016 Republican presidential nomination, came out in favor declaring war to "destroy ISIS militarily." This was, to put it mildly, controversial among libertarians, particularly though not only those who are fans of his famously anti-interventionist father. More hawkish libertarians, meanwhile, were still going on about Paul's allegedly "fatal pacifism." (Reason's interview with the senator at the time is at this link.)

Many have argued that Paul's tiptoeing through the political minefield created by the alarming rise of ISIS was central to his candidacy's failure to launch, thus clearing the way for another, albeit far less consistent, intervention skeptic to eventually win the nomination in an otherwise typically hawkish GOP field. But now that the U.S. has, well, destroyed ISIS military (or come as close as you can) while also refraining from launching big new interventions in Syria or elsewhere, is this at least a partial vindication for a thoroughly unloved Rand Paul straddle?

"Rand Paul Wants to 'Destroy' ISIS Yet 'Stay the Heck Out of Their Civil War,'" by Jacob Sullum

"The Case for Foreign-Policy 'Realism,'" by Rand Paul

"Is William Taylor the John Dean of Ukrainegate?" by David Post

"The Mind of Mike Judge," by Jesse Walker