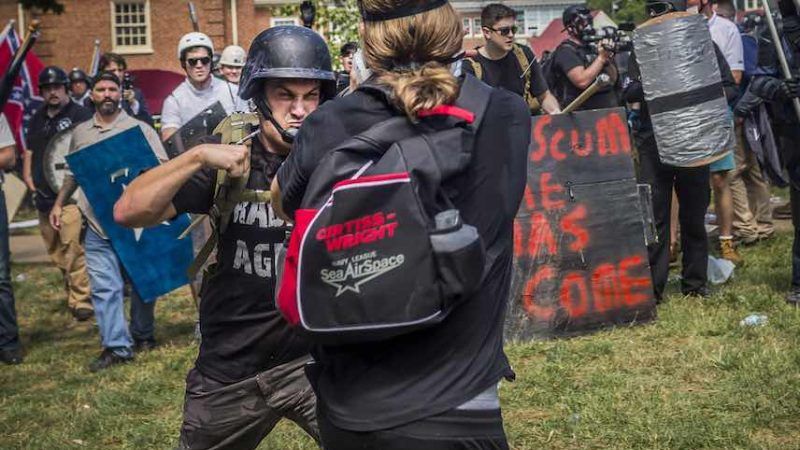 "To say 'no free speech for fascists,' which was on many a protest sign this weekend, is [the equivalent of saying] 'no free speech for Muslims,'" says Reason's Katherine Mangu-Ward. That killing someone with a car means "everybody loses their speech rights" is "the exact same argument as saying if you are a big group of people and one of you is a suicide bomber, you all lose your speech rights."

Last week, Google's James Damore was fired for an internal memo questioning the company's diversity policies. Justified or not?

Finally, how worried should we be about nuclear war with North Korea?

Subscribe, rate, and review the Reason Podcast at iTunes. Listen at SoundCloud below: