Resolved: The Government Should Cut Off All Funding to Colleges and Universities. 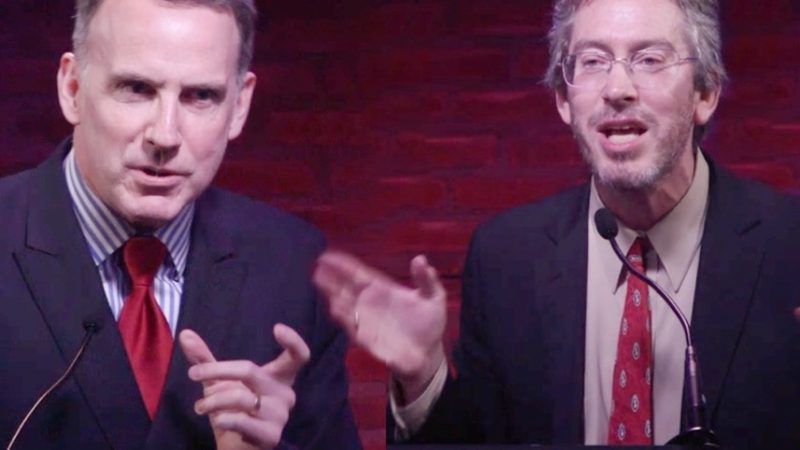 Should all government funding of higher education be abolished?

On May 14, 2018, that provocative resolution was debated by economists Edward Glaeser and Bryan Caplan, author of the new book, The Case Against Education: Why the Education System is a Waste of Time and Money. Two main arguments dominated the discussion. First, was the humanistic question: Is government support needed to foster new ideas and cultural expression? Second, the economics of the matter: Does the hundreds of billions in annual government funding to American universities and colleges benefit the country by boosting the earnings and productivity of its citizens?

Caplan is a professor of economics at George Mason University, research fellow at the Mercatus Center, and adjunct scholar at the Cato Institute. His other books include The Myth of the Rational Voter and Selfish Reasons to Have More Kids: Why Being a Great Parent is Less Work and More Fun Than You Think. He holds a Ph.D. in economics from Princeton University.

Edward Glaeser argued against the resolution. A professor of economics at Harvard University, where he has taught since 1992, Glaeser has served as director of the Taubman Center for State and Local Government, and director of the Rappaport Institute for Greater Boston. His academic work has focused on zoning, housing policy, and urbanism, and he's the author of the 2012 book Triumph of the City: How Our Greatest Invention Makes Us Richer, Smarter, Greener, Healthier, and Happier.

The Soho Forum, which Reason sponsors, is a monthly Oxford-style debate, meaning that the audience votes before and after the proceedings, and the debater who has moved the most people prevails. In this case, Caplan won by convincing 12 percent of the audience to switch over to his side.

The opening act was comedian Dave Smith, host of the podcast Part of the Problem.

Visit the archive of past Soho Forum events.

Next month, watch law professors Randy Barnett and Michael Dorf debate the following resolution: "The U.S. Constitution should be interpreted and applied according to the original meaning communicated to the public by the words of the text." The debates are held at the SubCulture Theater in Manhattan's East Village. Tickets here.

To listen to an audio podcast version of the Soho Forum, subscribe to the Reason Podcast at iTunes.

"Massive" by Podington Bear is licensed under a Attribution-NonCommercial 3.0 International License.