Billy Bragg Wants Three-Dimensional Freedom. But Can We Afford That?

In his new manifesto The Three Dimensions of Freedom, the veteran punk rocker calls out libertarians for focusing solely on economic freedom. Is his case worth buying? 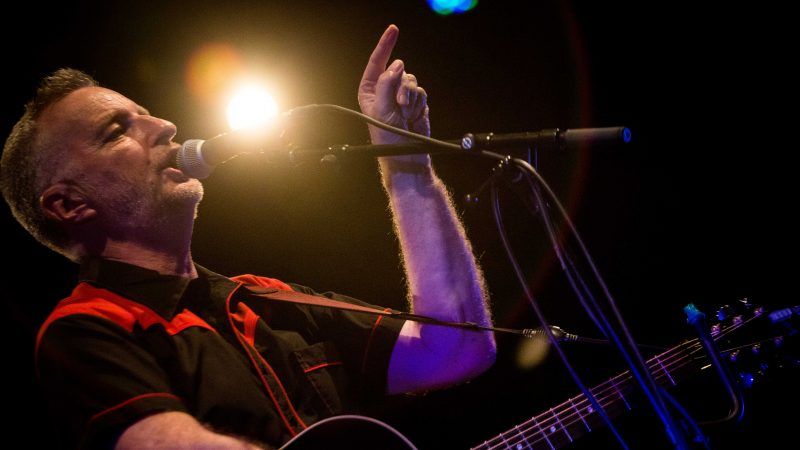 Over the past four decades, British musician Billy Bragg has carved out a singular position as a modern-day troubadour who takes popular music and politics equally seriously.

Early albums such as Talking with the Taxman about Poetry (1986) and The Internationale (1990) merged concerns with the poor and the powerless while updating and reinvigorating older folk forms with punk sensibilities. At the turn of the century, Bragg partnered with the members of Wilco to release new songs using previously unheard lyrics by Woody Guthrie. The Mermaid Avenue recordings occasioned rave reviews and, in Bragg's own telling, were designed to humanize Guthrie, to transform a left-wing legend back into a real person with physical wants, desires, and needs.

For Bragg, like Guthrie, the personal and the political are never exactly separate. In August, Bragg released a full-throated polemic against rising populism and free market globalism, which he denounces as neo-liberalism. In The Three Dimensions of Freedom, Bragg writes, "Freedom has been repackaged as the right to choose, but genuine choice—in housing, in the workplace, at the ballot box—is hard to come by."

Nick Gillespie sat down to talk with Bragg about British and American politics, Donald Trump, Brexit, and his idea that we need to embrace "freedom" in what he says are its three dimensions: liberty, equality, and accountability. Apart from strongly supporting free speech, Gillespie and Bragg didn't agree on much, especially about whether living standards and individual freedom have increased in the 21st century and whether economic liberalization and globalization have helped the average man and woman.