Yeah, Bill Weld Is Totally Running for the Libertarian Presidential Nod in 2020: Podcast

The former governor cut government's size, scope, and spending in Massachusetts. Now he says he wants to shrink the federal government too. 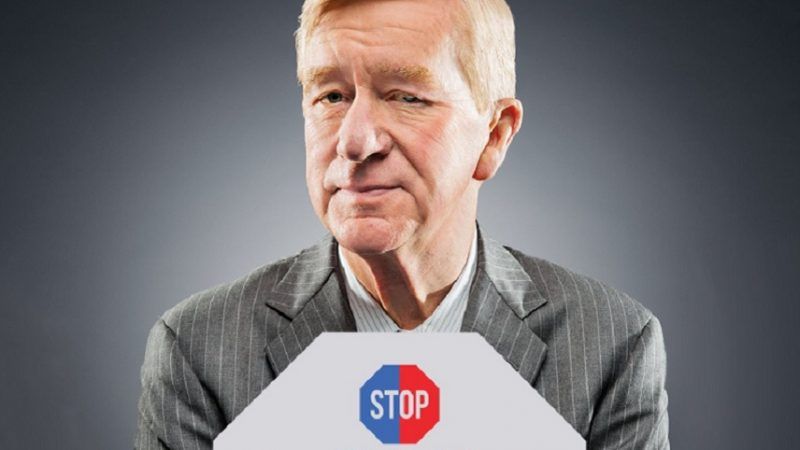 "The huge standoff between the Republican and Democratic Parties, both of them being extreme right or extreme left,…make it more likely than it's ever been that a third party…will win the presidential election in 2020," says former Massachussetts governor (and former Republican) Bill Weld.

In a special podcast hosted by Matt Welch and me and taped last week at FreedomFest, the Libertarian Party's 2016 vice-presidential candidate waved off speculation that he's running for the party's presidential nomination. The election is too far away and too many unpredictable things could happen, he told us with a smile, even as he talked about all the party's candidates he's been helping out. Weld has already won over another lapsed Republican, Washington Post columnist George Will, who recently wrote that Weld incarnates "what a broad swath of Americans say they favor: limited government, fiscal responsibility, free trade, the rule of law, entitlement realism and other artifacts from the Republican wreckage." At the recent Libertarian convention in New Orleans, Weld impressed a good share of the party faithful too. His Twitter feed is filled with shout-outs and endorsements of Libertarian candidates such as Larry Sharpe and calls to "Stop the Duopoly."

In a wide-ranging conversation, Welch and I grill Weld about the ideological fissures within his party, whether he endorsed Hillary Clinton in the waning moments of the 2016 campaign, and how he would sell a message of principle in a nation that is getting more tribalistic by the minute.