The President of U.S. Soccer resigns last night--in no small part because of bad lawyering. 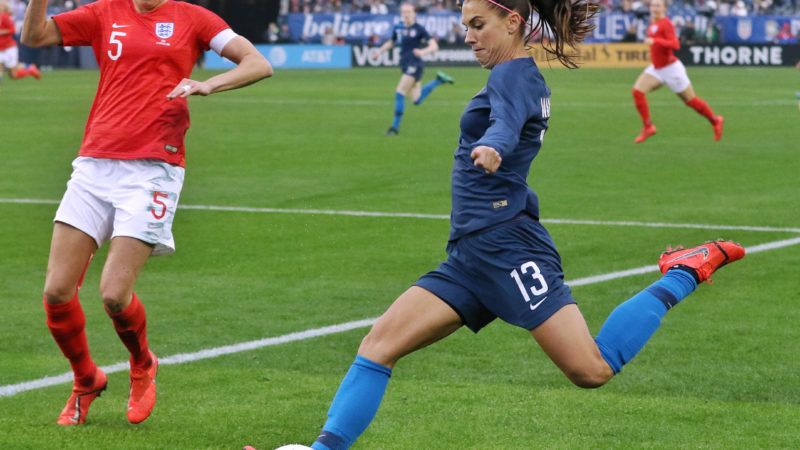 (Photo by Jamie Smed on Foter.com / CC BY)

Want to see a classic example of bad lawyering with a terrible argument?  Consider the U.S. Soccer Federation's defense of the lawsuit filed by Alex Morgan and other members of the U.S. Women's National Team (USWNT) alleging sex discrimination in violation of the Equal Pay Act (EPA) and Title VII.  In the last few days, U.S. Soccer's attorneys generated a firestorm of controversy in responding to the players' summary judgment motion.  On Monday night, U.S. Soccer filed a brief arguing that a USWNT player's job does not require equal "skill" and "responsibility" to that of a member of the U.S. Men's National Team (USMNT).   On Wednesday night, the President of U.S. Soccer, Carlos Cordeiro, apologized for the filing–and last night he resigned. His resignation resulted, in significant part, from his lawyers making a terrible argument directly contrary to their client's long term goals.

The underlying lawsuit was filed in March 2019 by the 28 all members of the USWNT (the current world champions).  The complaint compared the USWNT and the USMNT and argued that "[d]espite the fact that these female and male players are called upon to perform the same job responsibilities on their teams and participate in international competitions for their single common employer, [U.S. Soccer], the female players have been consistently paid less money than their male counterparts."

The case has proceeded through discovery for the last year, with the case set for trial in early May.  The recent filings that have generated controversy are cross-motions for summary judgment by the USWNT and U.S. Soccer.   The USWNT has argued that there is no genuine factual dispute that the USWNT and USMNT players perform "equal work," which under the EPA's implementing regulations is defined as work that requires "equal skill, effort and responsibility."

In response to this argument, many options were available to U.S. Soccer's attorneys (from the law firm of Seyfarth Shaw).  For example, they could have simply stipulated to this point about equal "skill"–which is not dispositive in the case.  Indeed, the case's central issue concerns whether the USWNT bargained for alternative pay arrangements from the men's team.  But instead of setting to the side the issue of the comparative skills involved in men's and women's soccer, U.S. Soccer's attorneys rashly choose to argue for the men's absolute superiority.  Here is the passage from the response brief that has generated controversy by suggesting that the U.S. women have less "skill" (some legal citations omitted and emphasis rearranged):

Plaintiffs ask the Court to conclude that the ability required of an WNT player is equal to the ability required of an MNT player, as a relative matter, by ignoring the materially higher level of speed and strength required to perform the job of an MNT player. The EPA does not allow this. Nor is it a "sexist stereotype" to recognize the different levels of speed and strength required for the two jobs, as Plaintiffs' counsel contend. On the contrary, it is indisputable "science," as even Plaintiff Lloyd described it in her testimony. See also Doriane Lambert Coleman, Sex in Sport, 80 LAW AND CONTEMPORARY PROBLEMS 63-126 (2017) (available at: https://scholarship.law.duke.edu/lcp/vol80/iss4/5) (describing the scientific basis for "the average 10-12% performance gap between elite male and elite female athletes," which includes differences between males and females in "skeletal structure, muscle composition, heart and lung capacity including VO2 max, red blood cell count, body fat, and the absolute ability to process carbohydrates," …).…

Alert VC readers will recall that Professor Coleman (cited above) has previously blogged here on the topic of scientifically based strength differentials between men's and women's athletes.  But whatever the merits of this point, in using this differential as a basis for unequal pay, U.S. Soccer's lawyers appear to have forgotten that one of U.S. Soccer's missions is to promote gender equality in soccer.  Thus, regardless of the argument's legal merits, it directly contradicts U.S. Soccer's values.

This view about the argument's incongruity is not just mine.  In a statement released Wednesday night (as the USWNT was winning its most recent competition by defeating Japan 3-1), U.S. Soccer President Carlos Cordeiro formally apologized for U.S. Soccer's brief.  He said that he "sincerely apologized for the offense and pain caused by language in this week's court filing, which did not reflect the values of our Federation or our tremendous admiration of our Women's National Team. Our WNT players are incredibly talented and work tirelessly, as they have demonstrated time and again from their Olympic Gold medals to their World Cup titles."

In light of that apology, commentators called for Cordeiro to resign. For example, Grant Wahl (one of America's foremost soccer observers) wrote in Sports Illustrated on Thursday morning that Cordeiro "who presided over a disgraceful legal strategy citing 'science' to belittle the world champion U.S. women's national team based on its gender, should resign immediately."  Former members of the USWNT criticized the sexist language.  And making the criticism near universal, the USMNT player's association joined in the attack.

To his credit, Cordeiro realized his responsibility for the filing and, last night, he resigned.  In his letter of resignation, Cordeiro explained that he failed to fully review the brief quoted above and the he took responsibility for failing to do so. Cordeiro stated that, "[h]ad I done so, I would have objected to the language that did not reflect my personal admiration for our women's players or our values as an organization."

The lack-of-equal-skill argument strikes me as one of the worst ever advanced by skilled lawyers in complex litigation.  In a scorched earth defense, they raised every conceivable argument that could have led to a favorable verdict–even an argument that flatly contradicted U.S. Soccer's goals.  Against a backdrop of well-documented second-class treatment of the women's team, arguing that the team (the defending world champions) somehow possessed a lower level of "skill" was worse than tone deaf.  Not only has it led to the resignation of the head of U.S. Soccer, but it will now lead to complicated questions of how to unwind the damage.

U.S. Soccer has plausible arguments to explain any pay differential (a fact that itself is in dispute).  For example, the strongest argument for U.S. Soccer is that the women players bargained for an alternative pay structure.  Given the fact that women's professional soccer leagues do not pay nearly as much as do men's leagues, the women have sought guaranteed annual salaries.  But whatever the strength of U.S. Soccer's argument on that point (I take no position on that here), U.S. Soccer's attorneys have now created an issue of fact about whether the purported lack of "skill" was the true basis for the alternative arrangements.  Given that U.S. Soccer has been forced to admit that this position was sexist and inconsistent with its values, the finder-of-fact in the case will presumably have to weigh that point in deciding the case.

As of this writing, U.S. Soccer has yet to withdraw the offensive language from its brief.  Perhaps a short submission to that effect will come soon from U.S. Soccer's new legal team (Latham & Watkins).  Until the language is formally withdrawn, it is hard to disagree with the USWNT that the apologies thus far have been nothing but cheap talk.

No doubt, even with a withdrawal, lawyers for USWNT will not let the matter disappear so quickly.  In view of the factual disputes, look for U.S. Soccer's summary judgment motion to be denied and for the case to head in the direction of a trial.