Fifteen legal scholars weigh in, including the VC's own Keith Whittington, and myself. 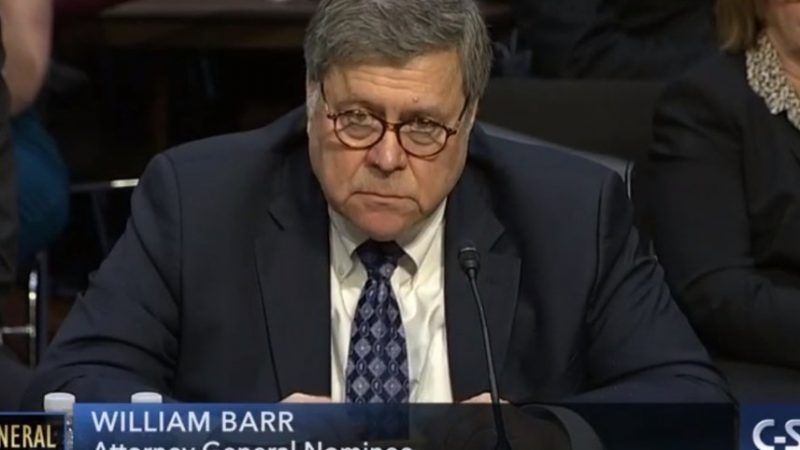 Vox has posted an insta-symposium on the release of Attorney General William Barr's summary of the special counsel Robert Mueller's report on the Russia/Trump investigation. The symposium includes contributions by fifteen legal scholars, including the Volokh Conspiracy's own Keith Whittington and myself. Here's an excerpt from my contribution:

Barr's summary states that the special counsel did not find that Trump or members of his campaign colluded with Russian government efforts to influence the 2016 presidential campaign. This… finding appears to exonerate Trump on the crucial issue of "collusion…"

On the question of obstruction of justice, Barr's summary quotes the special counsel's report as stating that "while this report does not conclude that the President committed a crime, it also does not exonerate him." Barr goes on to state that he and Rosenstein have concluded that the evidence "is not sufficient" to conclude that Trump committed obstruction of justice.

The equivocal nature of the obstruction finding emphasizes the importance of publicly revealing as much of the report as possible, so that Congress and the public can make an informed judgment. While Justice Department policy forbids prosecution of a sitting president, Congress can still pursue impeachment proceedings against him.

Unlike a criminal trial, impeachment does not necessarily require proof of guilt beyond a reasonable doubt. In the view of most legal scholars across the political spectrum, impeachment is also possible in cases of illegal conduct or abuse of power that are not crimes.

Today's revelations were beneficial to Trump's cause. But he is not out of the woods yet. Multiple state and federal investigations into possible lawbreaking on his part are still ongoing. Congress would also do well to further investigate such technically non-criminal abuses of power as the president's cruel "family separation" policy, which has been ruled unconstitutional by a federal court, in a June 2018 decision….

The Barr letter is an important development. But it is far from the end of this particular road.

Keith Whittington also has a post about the Barr letter here. Among the extensive commentary elsewhere, I recommend pieces by Ken White, David French, Noah Feldman, Cass Sunstein, Benjamin Wittes, and Marty Lederman, among others.

The issue of whether Trump committed obstruction of justice will continue to be a subject of debate for some time to come. We won't know for sure unless and until the full Mueller report is released to the public, and quite possibly not even then. I will leave most of that discussion to those with greater expertise on obstruction than I have. But I would note, as a number of experts have already pointed out, Barr's key argument for the conclusion that there isn't sufficient evidence to prove obstruction is flawed. Barr contends that it is unlikely that Trump committed obstruction if he did not also commit the underlying crimes related to collusion.

But even if Trump did not engage in any collusion, he could still have wanted to impede the investigation for fear that it would uncover other illegal activities on his part, or that of his associates. And, in fact, the Mueller investigation did uncover evidence leading to the conviction of several close Trump associates on a variety of charges, including his longtime lawyer (Michael Cohen), his campaign manager (Paul Manafort), his first national security adviser (Gen. Michael Flynn), and others. That doesn't by itself prove that Trump committed obstruction of justice. Far from it. But it does undermine Barr's most substantial argument for concluding he did not.