Election Integrity and the Electoral College

One underappreciated benefit of voting by states. 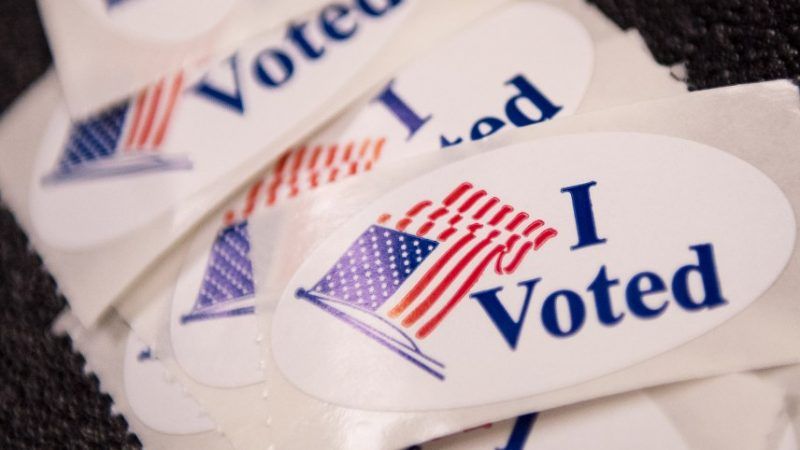 With the Electoral College still in the news, I thought I'd note one small argument for keeping it that I haven't seen much elsewhere. (Though I'm quite sure it isn't original to me.)

As Ross Douthat suggests, the stakes in the electoral college debate may be smaller than we think. Today's institution may not have the deliberative advantages the Founders hoped for, but it also may not produce quite as many democratic costs as critics fear. (Cf. Lyman Stone's argument that the U.S. electoral system actually has less structural bias than those of peer countries.)

My suspicion, though, is that it's precisely in these circumstances—with high degrees of polarization and partisan distrust—that the electoral college does the most for election integrity.

In a nationwide popular vote, every false vote that's cast anywhere in the country adds to the vote total in exactly the same way. For the same reason, every true vote that's suppressed anywhere in the country will subtract equally from an opponent's numbers. (Thus the concerns about nationwide recounts: as Keith noted, "we might need to be prepared to deal with the new incentive to shade the vote count in every county in the Union.")

A world of highly polarized states makes the problem even worse. In a deep-red or deep-blue state, where one party occupies the vast majority of state offices, there'd be means, motive, and opportunity for serious fraud. The whole nation would be at stake, and fewer people would be in positions of power to discover or punish any shenanigans. And if you think your political opponents might be rigging a national election somewhere halfway across the country, well, you're just a sucker if you don't beat them to it.

By contrast, in a districted system like the electoral college, widespread election fraud in Alabama or Massachusetts would be entirely pointless. There'd simply be no reason to get started: your candidate is going to win all the electoral votes either way, so there's no point in breaking the law by turning a victory into a blowout. Presidential elections are decided by the purple states, the ones in which each party might plausibly attract a majority of voters. And in those states, simply by virtue of their purpleness, there'll almost always be a greater share of the public interested in claims that an election was rigged—and stronger opposing-party institutions capable of preventing or contesting it.

So the electoral college cauterizes election fraud in highly partisan states, the states where fraud is easiest to commit and to get away with. And by limiting the consequences of polarization, the system might also help slow the process in the first place, preventing the accelerated breakdown of trust that would accompany widespread suspicions of fraud by the other side.

Maybe that's one reason why many parliamentary systems choose their chief executives through districted elections, cauterizing any fraud committed in highly partisan regions. If we're going to have districting in the U.S., then a state-by-state election isn't crazy. As a friend points out, detecting fraud may be easier when there are a smaller number of jurisdictions to watch. And unlike House districts, state lines can't be gerrymandered in line with shifting coalitions. (This advantage is distinct from the claim that districted elections increase the power of individual voters, or the claim that separate state elections are needed for experiments in expanding the franchise—such as to women in the 1890s, 18-year-olds in the 1960s, or other groups today.)

This isn't a slam-dunk argument for keeping the electoral college. Other countries do nationwide elections without one, and some do undistricted popular votes. But cauterizing partisan fraud strikes me as a real benefit, if an underappreciated one. If the electoral college is one more of the republic's guardrails, then we should be somewhat careful about removing it.

PS: Thanks to Eugene and the crew for having me on!