When is a threat to reveal something embarrassing blackmail, and when is it permissible? Plus a special Bill Cosby (but non-sexual-assault) connection. 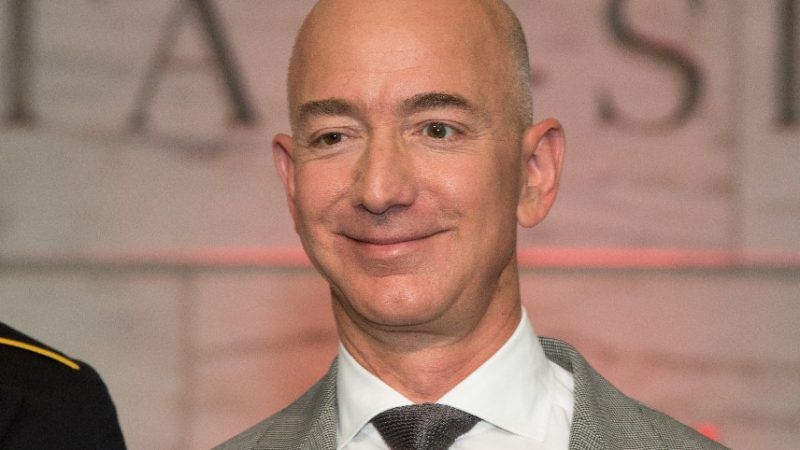 Jeff Bezos alleges that the National Enquirer has (1) threatened to release photos sexted between him and Lauren Sanchez unless (2) he puts out a statement recanting allegations that various Enquirer coverage was politically motivated (and promises not to make such allegations in the future). Is this criminal blackmail?

Here is an excerpt of the email that Bezos says the Enquirer sent him:

1. A full and complete mutual release of all claims that American Media, on the one hand, and Jeff Bezos and Gavin de Becker (the "Bezos Parties"), on the other, may have against each other.

2. A public, mutually-agreed upon acknowledgment from the Bezos Parties, released through a mutually-agreeable news outlet, affirming that they have no knowledge or basis for suggesting that AM's coverage was politically motivated or influenced by political forces, and an agreement that they will cease referring to such a possibility.

3. AM agrees not to publish, distribute, share, or describe unpublished texts and photos (the "Unpublished Materials").

Whoever, with intent to extort from any person … any money or other thing of value, transmits in interstate … commerce any communication containing any threat to injure the property or reputation of the addressee or of another … shall be fined under this title or imprisoned not more than two years, or both.

There are basically four elements in this statute:

1. There has to be a transmission in interstate commerce. An email qualifies.

2. There has to be a threat to injure reputation (whether through false allegations or through true ones). A threat to publish sexually themed pictures would qualify, I think. True, Bezos's affair with Sanchez is already publicly known, but the photos, if revealed, are likely to exacerbate the damage to his reputation by making the story more vivid and memorable and by exposing him to public ridicule. (Compare State v. Pauling (Wash. 2003), which found that a similar threat was a threat "[t]o expose a secret or publicize an asserted fact, whether true or false, tending to subject any person to hatred, contempt, or ridicule." A common definition of injury to reputation is exposing someone to "hatred, contempt, or ridicule.")

3. The threat has to be aimed at getting a "thing of value." Courts have generally read this broadly, to cover anything (tangible or intangible) that's valuable to the defendant. U.S. v. Hobgood (8th Cir. 2017) holds that even extorting an apology from the victim is covered:

A "thing of value" includes intangible things—such as a "sexual relationship," for example—and "the focus of the … term is to be placed on the value which the defendant subjectively attaches" to what he seeks. The stipulated facts concerning Hobgood's efforts to secure a mea culpa from KB constituted sufficient evidence to support a finding that an apology from KB was a thing of value to Hobgood.

Not all threats to engage in speech that will have the effect of damaging another person's reputation, even if a forbearance from speaking is conditioned on the payment of money, are wrongful. For example, the purchaser of an allegedly defective product may threaten to complain to a consumer protection agency or to bring suit in a public forum if the manufacturer does not make good on its warranty. Or she may threaten to enlist the aid of a television "on-the-side-of-the-consumer" program. Or a private club may threaten to post a list of the club members who have not yet paid their dues.

That's from U.S. v. Jackson (2d Cir. 1999), which was modified later on other grounds. The case involving an attempt to extort $40 million from Bill Cosby "by threatening to cause tabloid newspapers to publish" a woman's "claim to be Cosby's daughter out-of-wedlock." All those examples have this form:

This is often called the "nexus to a claim of right" requirement, or just the "nexus" requirement—if the threat and the demand are connected to something to which the threatener is entitled, then the threatener is not punishable. The absence of such a nexus is the fourth element of the crime. Many states, interpreting their state laws, have required a similar showing of absence of nexus, in part on First Amendment grounds; see here for more.

How does this play out? Let's return to Hobgood, where the defendant demanded an apology from his ex for her supposed mistreatment of him during their brief relationship. Had he done this simply by threatening to reveal the mistreatment—"apologize to me for beating me, or I'll tell all our friends how you beat me"—then the nexus element would have been satisfied, and he would have been off the hook. But he was threatening to do something else, which meant that he failed the nexus requirement:

Hobgood's threats were "wrongful" in the sense that they had no causal nexus to a claim of right. His threats to disseminate information that KB was an exotic dancer and prostitute were not related to why he thought she owed him an apology. Hobgood's speech is a far cry from a consumer complaint aimed at receiving a refund or a club manager's public identification of members who are delinquent on paying their dues. In those cases, the speaker has a plausible claim of right to the thing of value, and the threat is related to that right. Not so here.

The trial court concluded that Pauling knowingly and intentionally attempted to obtain the $5,000 judgment from Doe by threat and that such threat communicated to Doe an intent to continue to send the nude photos to friends, family, and neighbors. Clearly, there was no nexus between the threat to send nude photos to family and friends and the collection of a lawful judgment. This conduct is sufficient to establish the crime of extortion….

For the same reason, I don't think the nexus requirement covers what the National Enquirer is accused of threatening. Even if the Enquirer has a plausible claim of right to the apology for allegations of political influence (perhaps if the allegations were indeed incorrect)—and a plausible claim of right to having Bezos promise not to repeat those allegations—the threat to publish the photos is not "related to that right."

Finally, note that the Washington extortion statute, which basically has the same elements as the federal statute (though without the need for interstate communications), may also apply here: Though the messages were presumably sent to Washington from out of state, Washington law covers any "person who commits an act without the state which affects persons or property within the state, which, if committed within the state, would be a crime." Bezos is apparently a Washington resident.