The ACLU no longer even pretends to believe in civil liberties. 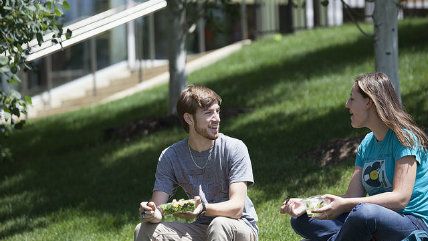 In the late 1960s, the ACLU was a small but powerful liberal organization devoted to a civil libertarian agenda composed primarily of devotion to freedom of speech, free exercise of religion, and the rights of accused criminals. In the early 1970s, the ACLU's membership rose from around 70,000 to almost 300,000. Many new members were attracted by the organization's opposition to the Vietnam War and its high-profile battles with President Nixon, but such members were not committed to the ACLU's broader civil libertarian agenda. However, the organization's defense of the KKK's right to march in Skokie, Illinois, in the late 1970s weeded out some of these fair-weather supporters and attracted some new free speech devotees. But George H. W. Bush's criticisms of the ACLU during the 1988 presidential campaign again attracted many liberal members not especially devoted to civil liberties.

To maintain its large membership base, the ACLU recruited new members by directing mass mailings to mailing lists rented from a broad range of liberal groups. The result of the shift of the ACLU to a mass membership organization was that it gradually transformed itself from a civil libertarian organization into a liberal organization with an interest in civil liberties. This problem was exacerbated by the growth within the ACLU of autonomous, liberal, special interest cliques known as "projects." These projects have included an AIDS Project, a Capital Punishment Project, a Children's Rights Project, an Immigrants' Rights Project, a Lesbian and Gay Project, a National Prison Project, a Women's Rights Project, a Civil Liberties in the Workplace Project, a Privacy and Technology Project, and an Arts Censorship Project. This loss of focus led Harvard Law School Professor Alan Dershowitz to waggishly suggest that "perhaps the Civil Liberties Union needs a civil liberties project."

Since the George W. Bush administration, the ACLU's dedication to its traditional civil libertarian mission has waned ever further. With the election of Donald Trump, its membership rolls have grown to almost two million, almost all of them liberal politically, few of whom are devoted to civil liberties as such. Meanwhile, the left in general has become less interested in, and in some cases opposed to, freedom of speech, freedom of religion, and the rights of the accused.

Future historians will have to reconstruct exactly how and why the tipping point has been reached, but the ACLU's actions over the last couple of months show that the ACLU is no longer a civil libertarian organization in any meaningful sense, but just another left-wing pressure group, albeit one with a civil libertarian history.

Can you imagine back in the 1950s the ACLU running an ad with the theme, "Earl Warren has been accused of being a Communist. He denies it. But Alger Hiss and and Julius Rosenberg were also accused of being Communists, they denied it, but they were lying. So Earl Warren is likely lying, too?"

Meanwhile, yesterday, the Department of Education released a proposed new Title IX regulation that provides for due process rights for accused students that had been prohibited by Obama-era guidance. Shockingly, even to those of us who have followed the ACLU's long, slow decline, the ACLU tweeted in reponse that the proposed regulation "promotes an unfair process, inappropriately favoring the accused." Even longtime ACLU critics are choking on the ACLU, of all organizations, claiming that due proess protections "inappropriately favor the accuse."

The ACLU had a clear choice between the identitarian politics of the feminist hard left, and retaining some semblance of its traditional commitment to fair process. It chose the former. And that along with the Kavanaugh ad signals the final end of the ACLU as we knew it. RIP.