The Supreme Court is asked to review an expansive interpretation of the Fish & Wildlife Service's authority to designate critical habitat for listed species. 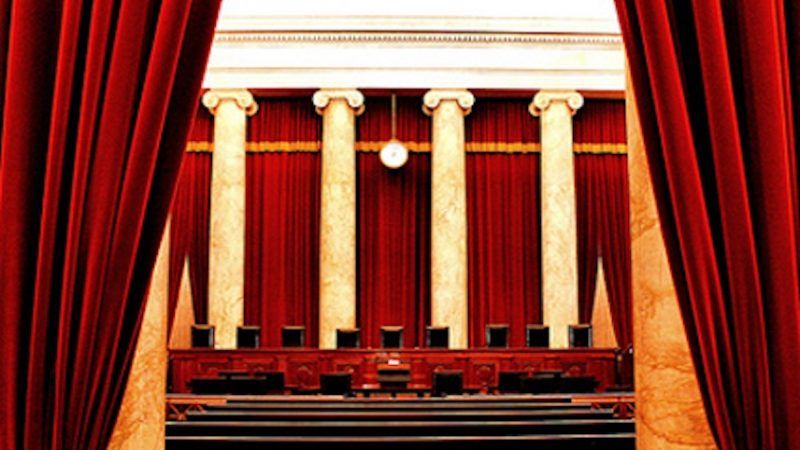 The dusky gopher frog is an endangered species—and the subject of substantial litigation. Once found throughout several southeastern states, the frog is only extant in parts of Mississippi, all located within a single county. The U.S. Fish & Wildlife Service would like to see the frog restored to more of its historic range, including parts of Louisiana, but that's easier said than done. The dusky gopher frog is apparently quite particular about the sorts of lands it will inhabit, and there's not much land within its historic range that contains all of the relevant features—and therein lies a problem.

In 2012, the FWS designated "critical habitat" for the dusky gopher frog, as is required under the Endangered Species Act (ESA). In doing so, the FWS identified lands inhabited by the frog—largely areas with open-canopied pine forests and ephemeral ponds. More controversially, the FWS also designated parts of Louisiana—an area called Unit 1—as "critical habitat" for the frog, even though it the land in question is not inhabited by any frogs, nor does it contain all of the features the FWS maintains are essential for the frog's survival.

The FWS' critical habitat designation did not sit to well with those who own and wish to use the land in Unit 1. Listing land as critical habitat does not automatically impose obligations on private landowners under the ESA, but it can make it more difficult to obtain federal permits required under other statutes (such as a Section 404 permit to fill a wetland under the Clean Water Act) and reduce land values. By the FWS' own estimates, designating Unit 1 could cost the landowners as much as $34 million.

As one might expect, the landowners sued. Among other things, the landowners argued that land that is neither habitable nor inhabited by an endangered species cannot be "essential" for the species' survival as the ESA requires. They further argued that the FWS failed to adequately consider the economic effects of including Unit 1 in the critical habitat designation.

A federal district court in Louisiana rejected the landowners challenge to the critical habitat designation, as did a divided panel of the U.S. Court of Appeals for the Fifth Circuit. A petition for rehearing en banc was rejected 8-6, over a forceful dissent by Judge Edith Jones. Now the landowners are seeking Supreme Court review, and the Court is due to consider the petitions on Friday.

Petitions for certiorari have been filed by the Pacific Legal Foundation (on behalf of several of the landowners) and Weyerhaeuser Co. Quite a few amici have filed in support of the petitions too. (See the brief listings here.) In many respects, Judge Jones' dissent from denial of rehearing en banc could be seen as petition for certiorari all its own.

Judge Jones first argued that critical habitat must be habitable.

No one disputes that the dusky gopher frog cannot inhabit Unit 1. The panel majority find that fact irrelevant, however, because looking only at the statute's definitional section, the ESA does not appear to require that a species actually be able to inhabit its "unoccupied critical habitat." They dismiss habitability as an "extra-textual limit" that cannot be found in either "the text of the ESA or the implementing regulations." . . . Read in context, however, the ESA makes clear that a species' critical habitat must be a subset of that species' habitat. The ESA's implementing regulations are consistent with this subset arrangement. Further, when Congress got around to clarifying critical-habitat regulation in 1978, the contemporary understanding of critical habitat, shared alike by the most fervent proponents and opponents of wildlife and habitat protection, was that it meant a part of the species' actual habitat.

Judge Jones further argued that accepting the FWS interpretation of its own authority would, in practice, make it easier to designate unoccupied land as critical habitat than to designate land actually inhabited by the species in question. Such a construction, Judge Jones noted, would make no sense. Fortunately, no such construction is required by the ESA's text. To the contrary, Judge Jones argued, the ESA's "text, drafting history, and precedent" all "confirm the commonsense notion that the test for unoccupied critical habitat is designed to be more stringent than the test for occupied critical habitat."

A third problem with the panel decision identified by Judge Jones was its conclusion that the FWS' refusal to exclude Unit 1 from the critical habitat designation was unreviewable. This conclusion, Judge Jones noted, seems to "clash" with the Supreme Court's holding in Bennett v. Spear that the FWS is required to consider the economic impact of a critical habitat designation and that the failure to do so is subject to judicial review.

In simplest terms, Markle Interests LLC v. FWS (aka Weyerhaeuser v FWS) asks the Court to decide whether land must, in fact, be habitable, if not actually inhabited, by an endangered species. It also implicates broader questions about the scope of federal regulatory authority over private land. Regulation of endangered species habitat may (or may not) be justified as a "necessary and proper" to the regulation of commerce among the states, but it's hard to see how such authority can reach land that has no clear or direct connection to such species (a point made by the Cato Institute in a separate amicus brief).

While this case is not a proper vehicle to consider the constitutional limits on endangered species regulation, such concerns could influence how the Court perceives the case. Just as the Supreme Court interpreted the scope of federal regulatory authority under the Clean Water Act narrowly in SWANCC and Rapanos so as to avoid confronting difficult constitutional questions about the scope of federal authority, the Court could adopt such a narrowed construction here. Yet to do so, it would first have to accept cert in this case.

Jonathan H. Adler is the Johan Verheij Memorial Professor of Law at the Case Western Reserve University School of Law.